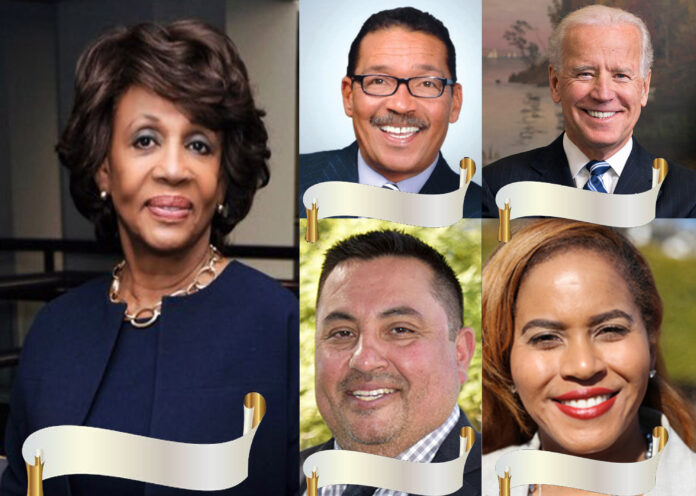 The City of Inglewood and area communities are on the ballot Nov.3 and Inglewood Today has examined the candidates and propositions that impact our residents and have made our choices.

In Inglewood, longtime Councilman Ralph Franklin has resigned, but we welcome the new energy that will be brought by Dionne Faulk in District 4, which encompasses SoFi Stadium and south just beyond Imperial HWY.

Mayor James T. Butts, Jr. is equally impressed with Faulk who will be running unopposed, but she has our most sincere vote of confidence as well.

Eloy Morales is also running solo in District 3, but Morales has demonstrated his commitment to Inglewood and has been Councilman for the city for 17 years now.

He has long since earned the support of Inglewood Today and we will continue to be steadfastly advocating for all of the good work that he continues to do.

Wanda M. Brown will be running unopposed for City Treasure, but two candidates are vying to replace the priceless Yvonne Horton as the City Clerk.

Deandre Warren will be facing off against Aisha Thompson, but Thompson gets the nod here because she served as Deputy Clerk under Horton and would therefore make it a seamless transition.

America is really at a crossroads and its democracy is severely in peril. The person occupying the office of president vowed during his candidacy that he would “Create a whole new system and tear this system apart.” Not sure if voters were paying attention or, if in fact that’s what they wanted, but that is exactly what he is doing and tribal politics has engulfed our political party system unlike never before. Can Joe Biden change that? He’s the only choice that we have and his record of working across party lines can’t possibly be worse than the current president. Harris, as a historical choice as the first woman and woman of color VP on the ticket is a boon to a demographic of this country that has been humiliated by this administration in office now. Vote like our lives depend on it, literally this time.

This would be the 16th term for arguably the most powerful woman in politics, but this time around the Trump game plan is in full effect. Republicans have presented voters with a ruse, a devious ploy in the name of Joe Collins, whom they have stockpiled with a boatload of money in hopes of unseating our most beloved elected official.

Chances are you never heard of Joe Collins until he began plastering billboards and running commercials on television painting a narrative that would be laughable if the consequences were not so dire.

Rep. Waters have been a thorn in Trump side from the moment he stole the election in 2016. She called for his impeachment from the gate and was consistent throughout, but never took her focus from where the work was most essential in communities just as ours.

She has gained a reputation as a fearless and outspoken advocate for women, children, people of color and the poor.

Just like that of the highest office in the land, the loveable Maxine Waters is not just our best choice, but our only choice and we must check her name on the ballot like our lives depend on it, because literally it really does.

This race is down to Wesson and State Senator Holly Mitchell for a powerful seat on the Los Angeles County Board of Supervisors.

Our choice is Wesson because of his indefatigable work ethic and a long history of a public servant who has the ability to connect to the common citizen.

During the COVID-19 pandemic, Wesson has stepped up to support families with food giveaways, face mask, gloves, sanitizers without ever mentioning his candidacy for supervisor.

of Mitchell, and while nothing is illegal about it the mysterious nature of it raises concern.

Mitchell is a good public servant who won the endorsement of a prominent daily publication that does not understand our community, our culture or the people in it.

Herb J. Wesson, Jr. has won the support of mostly all prominent Black newspapers in the communities he serves.

The former President of the Los Angeles City Council, Wesson is the first African American to hold the position of Council President in the city’s history and was been re-elected three times to lead the city’s legislative body. He presided over monumental policy initiatives making Los Angeles a better place to live, work and raise a family. Not only have local policy initiatives —which include raising the minimum wage, pension reform and consolidating city elections to increase voter turnout— positively affected local residents, but in many cases the city’s actions have spurred state and national response and served as a model for similar policies.

We believe that Wesson can also impact the county and more specifically Inglewood in the same way.

It is about time that one of the worse tax laws in the nation is reversed. Remember Prop. 13 ? Did you hate it? Well this Prop offers some relief at last with the most rich and money gobbling property owners now paying their fair share of taxes instead of the amount when the bought the property some 30-40 years ago. A no brainer! Vote Yes!

Proposition 16 (repeal of ban on affirmative action in state programs)

Proposition 19 (transfer of property tax assessments when homes are sold)

In this month’s issue of WellNEWS, we share some suggestions and activities on ways to rejuvenate while staying safe. We hope you enjoy this...