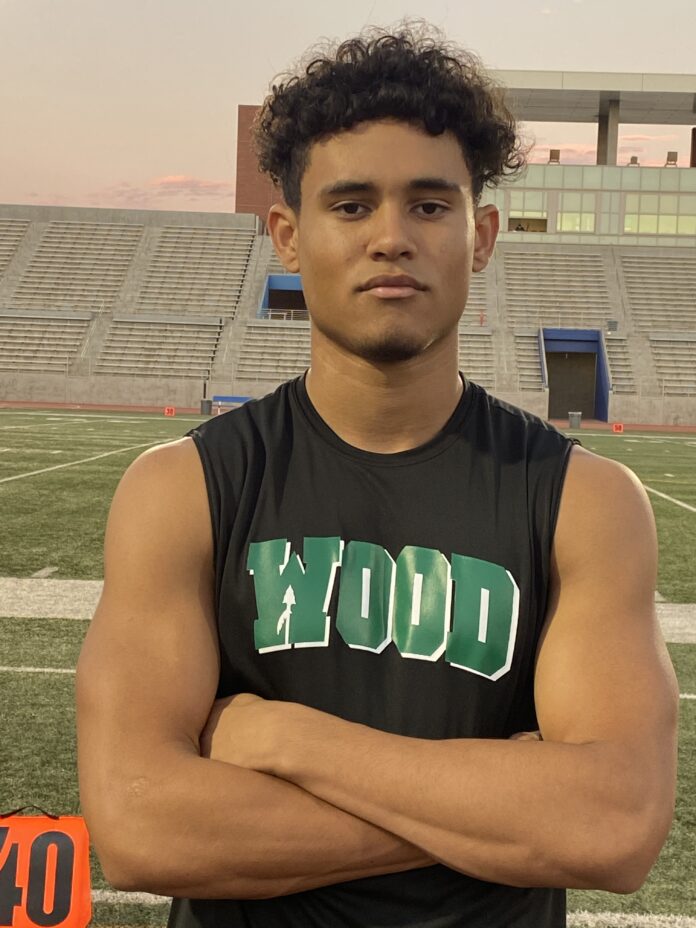 Wearing a “Wood” t-shirt on a chilly evening, Inglewood High School’s three star defensive back and Nevada commit is warming up for the neighboring rivalry game with Morningside with a measured approach to both his routine and then his words as he steps away for this interview.

The 6’1, 200 pound fleet footed athlete with jet back curly hair has the looks of an aspiring model or actor, but like scores of others who strap on helmets, put on pads, grit their teeth with a mouth piece, his focus is someday playing for big money on Sundays.

This week DaCosta will be helping Inglewood get past No. 2 seed Chaminade in the CIF-Southern Section D-2 semifinals at El Camino College at 7p.m.

This is a position the Sentinels under head coach Mil’Von James is familiar with, getting to within one game of the championship but not reaching it.

Since being hired by Inglewood Principal Debbie Tate, James has been responsible for elevating the school’s profile and reputation each and every year to a high stage.

Inglewood High School has become an attraction for other aspiring football players, making it a point of destination for players who want to attend college.

That is primarily the reason that DaCosta decided to finish his high school career at Inglewood.

“We’ve come a long way. We’ve worked really hard and overcome so many challenges, building team unity and coming up with game plans.,” said DaCosta. “I think it’s going to end differently this year because of the unity thing.”

He pointed to the diversity on the team as an asset towards that could propel Inglewood to a championship.

“We’re all going to come together and win that championship,” he added.

James has not lost a regular season game since taking over a program that was winless, but it is his ability to prepare players for the next level is what separates him from others.

A from standout at Fremont and UCLA, James has the ability to connect to his student athletes.

“It’s an honor to play for Mil’Von James. I trust in him and he’s got me to where I am at right now. We developed a very cool relationships over the past nine months, so I just look forward with continuing and building upon that.”
DaCosta has five offers for college, and while he has committed to Nevada, he is keeping his options open because he wants to go to a college that will prepare him for life beyond football.

He plans on following in the footsteps of his father in studying music, business and the arts.

Jaden’s is the son of Russian born mother Zhanna Nichiporvich of Minsk, Belarus who immigrated from the communist country to America and his father Tony who was born New York.

It has been the journey of both his mother and father that has inspired him to become the best that he can be.

“Their growing up stories and their stories of life and success and failure have defiantly pushed me to reach goals that I never thought were attainable,” DaCosta added. “My mom being from a different country, her journey of coming over here. He has had so many trials and tribulations and I can relate to that and I can use that as a model and structure for my life as well.”

Young DaCosta wants to visit his mother’s homeland someday, but for now his focus is on the task at hand.

He’s not a very complicated guy, his favorite food is spaghetti and desert’s pumpkin bread. Favorite music is old school D’Angelo and fav movies are ‘I Am Legend’ and ‘Remember the Titians.’

Now, Jaden DaCosta wants to enjoy one more tune and write one more script with his teammates and coaches for the Inglewood High School football team.