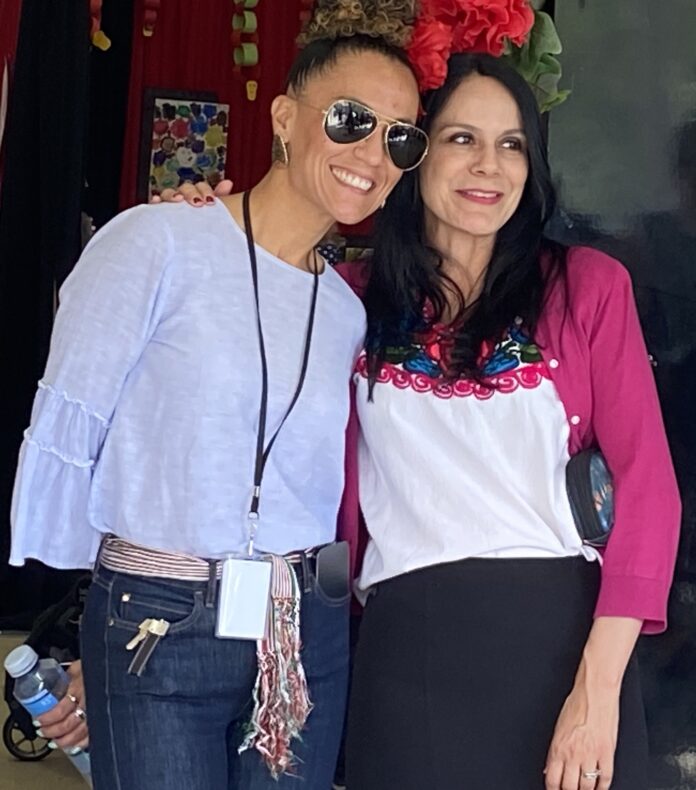 This is a region of the city that does not receive the attention of beast to the east that pocket which includes SoFi and the soon to be Intuit Dome.

However, there is an authentic vibrancy that unfolds each and every time it opens up, from Woody’s Bar-B-Que on Market through Manchester, north to The Wood Bar-B-Que, the City of Inglewood revealed its foundation.

One that is a combustion of ethnicities with vivacity of that bright red 1930 Ford, or Padilla’s canary yellow 1957 Chevy, or perhaps the hot pink 1953 Cadillac at the classic car display just off Florence.

Where else could Inglewood Unified School District allow for a transparent introspection of the splendid artwork of its students, or the multi-colored preschoolers outfitted in their sunshine hue in a dance routine on cue.

This was a day where citizens could explore the power of their vote at the booth of the Los Angeles County Registrar which was on hand to explain the new voting machines to those English and Spanish speaking attendees.

Face painting and food trucks, tacos and Black books, Inglewood caps and shirts, sweet cookies and smooth skin cream, elected officials and aspiring candidates such as Yolanda Davidson wearing a t-shirt of herself, of course as incumbent George Dotson was nearby.

Two stages of entertainment, music, song and dance was reflective of two cultures, Black and Hispanic that on this day organized by City Clerk Aisha Thompson was one, as in One Inglewood.