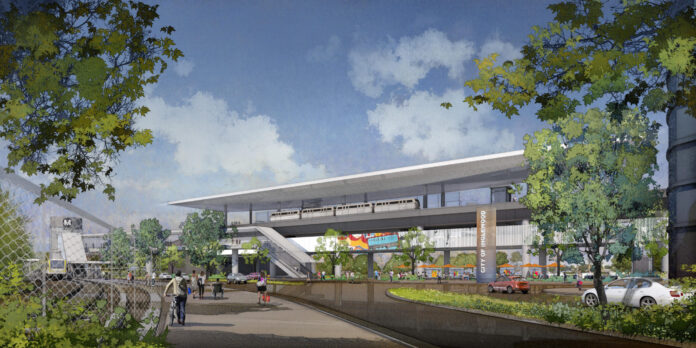 Congresswoman Maxine Waters requested $20 million in funding for the ITC in April of 2021, during House consideration of transportation infrastructure legislation. While the House-passed infrastructure bill included $9 million for the ITC in response to the Congresswoman’s request, the Infrastructure Investment and Jobs Act, which was signed into law, did not designate funding for specific projects, but instead included $1.5 billion in funding through the Rebuilding American Infrastructure with Sustainability and Equity (RAISE) program, which resulted in the $15 million grant award for the ITC.

“I am proud that my efforts to secure funding for the Inglewood Transit Connector made this $15 million RAISE grant possible,” said Congresswoman Maxine Waters. “I will continue to work with my colleagues in Congress and the Biden administration to secure funding for leading-edge transportation projects in Inglewood and throughout my congressional district and invest in the 21st Century infrastructure that my constituents deserve.”