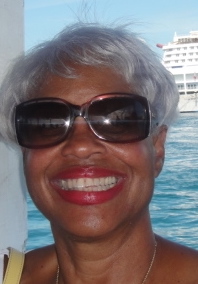 Memorial services have been set for Wednesday March 17 at 9a.m. at Inglewood Memorial Cemetery for the beloved and cherish Perdita Kennedy Brown, the wife of Inglewood Today Founder and President Willie Brown.

Mrs. Brown died on Jan. 5 after suffering complications from COVID-19. She was 70 years old.

Mr. Brown issued his first statement since losing his wife of 45 years.

“Dee Dee was my wife, lover and my partner. She was my best friend and soulmate and is in heaven now. I am heartbroken and hurt to be without her, but I know she is in a better place. I know she will be dancing with the heavenly angels. Rest in Peace.”

Perdita Kennedy Brown was born to Willie & Yvette Kennedy in Chicago, Illinois in 1950. She was an only child.

At the tender age of one, her parents uprooted and decided to move west the Compton, California near the bustling entertainment capital of Los Angeles and Hollywood that would eventually become the eye of Perdita’s desire.

After graduating high school, she went on to graduate from California Lutheran University in Thousand Oaks.

Thereafter she would land employment at NBC in the news room where she subsequently spent 32 wonderful years before retiring.

She met the love of her life Willie Brown, an advertising and marketing professional in 1977 and a year later they wed and spent every dusk till dawn together until Perdita succumbed.

Years later after Willie founded Inglewood Today first as a magazine and eventually as a newspaper, she provided him with her wisdom and unyielding support essentially serving as the de facto editor in chief. She monitored the drop off locations, opined on the content and was the face of the publication at numerous events.

Also known as Dee Dee and Da Da, she lived her life to the fullest. An avid lover of the arts, music, concerts, travel, dining, swimming, church and adventure, activities that she enjoyed with Willie until the end.

Perdita accepted Christ at a very early age as indictive by the schools she attended and always put God and church first in her life, as a regular attendee of church in West Los Angeles and Inglewood. She was a passionate member of Inglewood Line Dance Club, member of a local book club, a board member of St. Elmo Village, a regular at the Playboy Jazz Festival and many other popular events.

She had a very unique style that was eloquent and foxy with fashionable hairstyles.

The Creative House Printing & Everything Else

How do you feel about Trump’s infamous “Go Back” comment?