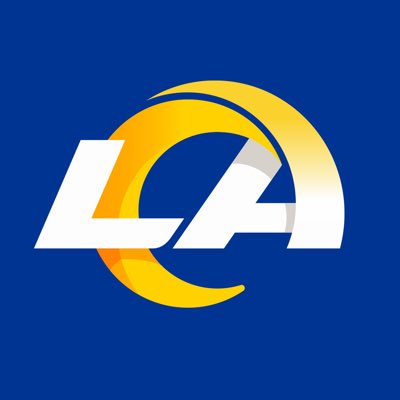 Since joining the Los Angeles Rams in 2017, Andrew Whitworth has been a leader on and off the field and active in a variety of charitable efforts. Not only was he having one of his best seasons in the NFL at the age of 38 before sustaining a knee injury, but he continues to showcase a unique ability to galvanize his teammates and others to support the community.

In the wake of the civil unrest that struck the nation following the deaths of Breonna Taylor and George Floyd, Rams players came together to establish a social justice fund and Whitworth pledged to match all his teammates’ contributions. Last week, Rams players awarded $750,000 to 25 social justice non-profits across the greater Los Angeles region. Whitworth personally reached out to some of the non-profits to thank them and let them know that the players were donating to help support their important work.

Yesterday, Whitworth and his family donated $50K to a black-owned business that was at risk of closure after being in business for 37 years in Inglewood. In March, Whitworth made a $250K donation to the Los Angeles Regional Food Bank to serve as a lead gift to kick off the team’s virtual Te‘LA’thon for Los Angeles in partnership with KABC to assist with SoCal response efforts during the unprecedented global health crisis. Whitworth’s contribution financed a total of 1 million meals that were distributed to Angelenos in need.

In addition, Whitworth funded STEAM Labs at an elementary school in Watts and a middle school in Boyle Heights to help close the technology gap for low-income students and provide them opportunities to achieve upward mobility. The two-time All-Pro also served as the chairman for a few of the team’s tentpole community events including the “LA Rams Night for Wishes,” raising funds for Make-A-Wish Tri-Counties to fulfill the wishes of children battling life-threatening illnesses, and United Way of Greater Los Angeles’ annual HomeWalk which raises funds to combat homelessness.

“The greatest thing in life is to be able to invest in the people around you,” said Whitworth. “I’m always asking myself, ‘What can I do for this community?’ I want to put my arms around them. I want to stand right beside them. It’s never about me, it’s about all of us. It’s about a difference we can make together and how we can inspire each other to be there for one another. As great as it is to have people cheering us on every Sunday, it means the world to me to go out and pay that back. I want to show people that I’m not just an athlete that’s here to play ball, but that I’m here to make a difference. I believe that’s what will stand the test of time.”

“From the moment Andrew became part of the Los Angeles Rams, he has inspired our organization and the Los Angeles community with his exceptional leadership and commitment to serving others,” said Rams Chief Operating Officer Kevin Demoff. “We are grateful to have leaders like Andrew, a pillar of our team, who consistently leaves us in awe with his ability to rally his teammates and Angelenos to come together and address critical issues in our community.”

In December of 2019, Whitworth funded a shopping spree for 77 youth with Big Brothers Big Sisters of Ventura County, providing each child with a $100 gift card to purchase items on their holiday wish lists. A few days later, he teamed up with United Way of Greater Los Angeles to help support local children and families who were battling homelessness or had recently transitioned into supportive housing. Whitworth purchased and wrapped gifts for 114 children and surprised 77 families living in temporary housing with a $500 Albertsons/Vons/Pavilions grocery gift card along with a catered holiday meal.

To celebrate “Read Across America Day” in 2019, Whitworth visited a local elementary school to connect with students and announce a $20,000 donation to the “First Quarter for Literacy” initiative designed to get books to children in underserved communities.

In the wake of a series of tragedies that struck the Southern California region in 2018, the team captain donated his game check to the families of the victims of the mass shooting at Borderline Bar & Grill and hosted families in a suite for the team’s memorable “LA Together” game against the Kansas City Chiefs on Monday Night Football. He also auctioned his game-worn jersey to raise money for families affected by the shooting and wildfires that displaced many across the region.

During his first season in Los Angeles in 2017, Whitworth purchased new bikes and helmets for all 600 students at an elementary school in Watts, one of Los Angeles’ highest-need communities. During his visit to the school, he spoke to the students about displaying good character and led them in a character pledge before surprising each student with the new bikes and helmets.

Aside from his efforts in the LA region, Whitworth has been a community champion in Cincinnati during his time with the Bengals and through The Big Whit 77 Foundation, which impacts the lives of youth and families in his home state of Louisiana. One of the foundation’s programs, Whit’s Warriors, offers financial assistance to high school seniors in Louisiana. The program has awarded $400,000 in scholarships and school supplies. Another program of the foundation is called Open Arms, which is one of the only programs in the state of Louisiana that offers financial assistance to families in the process of adoption. The Whitworths launched Open Arms with a belief that families who have the desire to adopt should not be turned away due to overwhelming costs. The Whitworths have provided $30,000 in funding to support 12 families in their dream of adopting a child. The most recent program developed by The Big Whit 77 Foundation is the annual Wish List event, which pairs college athletes from ULM and Louisiana Tech with local families for fellowship and fun during the Christmas season. To date, his foundation has helped provide more than $30,000 to families during the holiday season.

As a nominee, Whitworth has been chosen to wear a Walter Payton NFL Man of the Year helmet decal through the end of the season in recognition of his accomplishments on and off the field. However due to a knee injury sustained in Week 9, the Rams are placing 154 fan cutouts featuring the faces of those who have been impacted by Whitworth’s generosity and charitable spirit in SoFi Stadium seats for the team’s Thursday Night Football matchup on December 10th, to coincide with the NFL’s announcement of team nominees. The cutouts will be positioned to display a “77” in the seats during the primetime matchup.

For the third year in a row, all 32 team winners will be highlighted as nominees and recognized for their important work during the weekend leading up to Super Bowl LV. The 2020 Walter Payton NFL Man of the Year will be announced during NFL Honors, a primetime awards special to air the week of Super Bowl LV, on CBS.

Fans are encouraged to participate in Nationwide’s 6th annual Charity Challenge, a social media campaign designed to support and promote team nominees. Fans can vote on Twitter by using #WPMOYChallenge followed by their favorite nominee’s last name. The player whose unique hashtag is used the most between Dec. 10 and Jan 17 will receive a $25,000 contribution to their charity of choice, while the second and third place finishers will receive $10,000 and $5,000 donations, all courtesy of Nationwide. Hashtag information and official rules can be found at nfl.com/manoftheyear. New this year, fans can win NFL Shop gift cards and additional money for their favorite nominee’s charity. Each Monday during the #WPMOYChallenge, Nationwide will ask fans to respond on Twitter with their favorite nominee and one randomly selected fan each week will win a $100 NFL Shop gift card and $2,500 for their favorite nominee’s charity.

More information about the Walter Payton NFL Man of the Year Award can be found at http://www.nfl.com/manoftheyear.

Love Your Neighbor: Get Vaccinated Against COVID-19