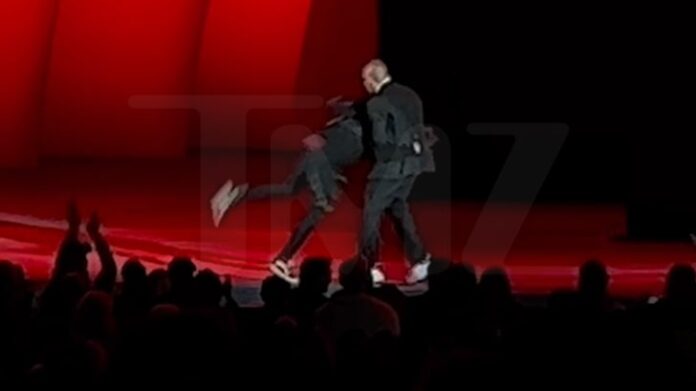 Will Smith may have set the bar for attacking comedians on stage, and after a man attacked Dave Chappelle at the Hollywood Bowl, the stand-up world might be on high alert.

Viral video of the May 3 incident showed suspect Isaiah Lee of Los Angeles rushing the stage and tackling Chappelle.

Authorities confirmed that Lee, 23, was armed with a knife and a replica handgun, but Chappelle escaped injury, perhaps in large part because his friends and personal security tackled the perpetrator.

The incident immediately conjured images of Smith’s attack on Chris Rock at this year’s Academy Awards.

Entertainer Jaime Foxx, rapper Buster Rhymes, and Rock all ran onto the stage to help Chappelle.

“Was that Will Smith?” Rock quipped to the delight of Chappelle and the large crowd that witnessed the Hollywood Bowl assault.

While Smith slapped Rock at the Oscars because of a joke Rock told about Smith’s wife, Jada Pinkett Smith, Chappelle has received heavy criticism for an earlier Netflix routine about the LGBT-Q community.

Foxx said he initially thought the incident was part of Chappelle’s act.

“I’ve had an incredible time. This man is an absolute genius,” Foxx stated. “We’ve got to make sure we protect him at all times.”

Chappelle reportedly said, “whenever you’re in trouble, Jamie Foxx will show up in a sheriff’s hat.”

He also made light of the incident.

“I’ve been doing this (for) 35 years. I just stomped a (man) backstage,” Chappelle stated. “I always wanted to do that. I saw Busta Rhymes there, like, ‘That’s how you do it, dog.’”

Photos after the attack showed Lee with cuts and bruises. 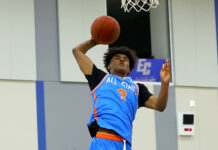 All 11 Pro Sports Teams Unite as Allies In New Collaboration