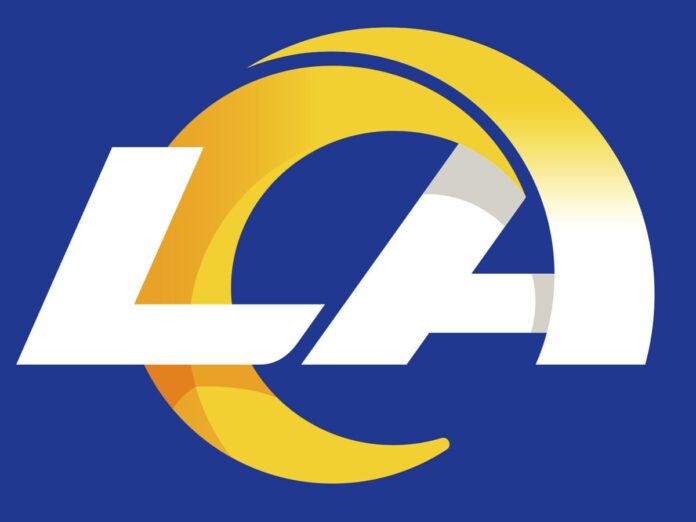 The Rams reduced their roster to the 53-man limit on Aug. 31. Here’s a position-by-position look at Los Angeles’ first 53-man roster of the 2021 season.

For the first time since heading into the 2018 season, the Rams elected to carry three quarterbacks on their initial 53-man roster. Perkins’ inclusion speaks to his performance not only in the preseason, but also the last year-plus as a member of Los Angeles’ practice squad. Also of significance compared to last year’s initial 53: Having reserves with live game experience. Wolford appeared in his first NFL game last year and also started a playoff game, while Perkins saw extensive action across each of the Rams’ three preseason games this year.

With Akers sustaining a torn Achilles prior to training camp and being placed on the Reserve/Non-Football Injury list, Henderson is the lead back, with Michel’s physical presence complementing Henderson and the rest of the group. Funk makes the roster after overcoming two ACL injuries in college and getting drafted in the seventh-round. Xavier Jones was Waived/Injured.

The wide receiver room looks a little bit different from last year’s initial ensemble. Woods, Kupp and Jefferson return, with newcomer Jackson and rookies Atwell and Skowronek rounding out the group. Woods and Kupp enter their fifth season working together. Atwell brings speed that has also made him valuable as a punt returner, while Skowronek, as general manager Les Snead said this spring after he was drafted, brings a different “genre” the group doesn’t have at 6-foot-3 and 224 pounds.

Similar to last year, the Rams elected to keep four tight ends on their initial 53-man roster. Higbee posted 44 receptions for 521 yards and a career-best five touchdowns, while Mundt’s blocking made him a valuable asset in the run game. Hopkins mainly contributed on special teams when he saw action last year. Harris continues to learn the position after playing wide receiver in college.

Note: Coleman Shelton was placed on the Reserve/COVID-19 list on Tuesday and does not count toward the limit until activated.

The Rams’ defensive line looks different this year with the departures of Michael Brockers and Morgan Fox. Robinson, Donald, Joseph-Day and Gaines return, with Hoecht and Williams – after strong preseasons this year and spending last year on their practice squad – rounding out the group along with rookie Bobby Brown III.

The Rams go with five edge defenders initially year, highlighted by seventh-round pick Chris Garrett making the rotation. Hollins was brought on last year because of his versatility – he had been learning both inside linebacker and outside linebacker while with the Broncos – and will be at outside linebacker this year. Rams head coach Sean McVay said after Tuesday’s practice that Okoronkwo (shoulder stinger) being placed on short-term injured reserve this week is a “probable yes.”

Reeder, Young and Howard return with starting experience. Jones had a solid preseason which included getting experience as defensive signal-caller.

After initially carrying six cornerbacks last year, the Rams start with four this year. Long is expected to take on a bigger role this season following Troy Hill’s departure.

The Rams’ offseason roster had lots of depth at safety, and they go with a six-man group of Rapp, Scott, Burgess, Fuller and Reed. Rapp and Fuller both have starting experience. Scott has been a long-time special teams contributor and is capable of stepping up when needed. Burgess saw time on both defense and special teams as a rookie in 2020 and gives L.A.’s secondary options with his versatile background. Reed makes the initial 53-man after getting signed to the Rams’ practice squad in September last year and eventually getting signed to the active roster in early December. Hughes appeared in 12 games last year – primarily on special teams – after beginning the 2020 season on their practice squad.

Gay enters his first full season with the Rams after arriving in L.A. in mid-November 2020. Orzech beat out Steven Wirtel to succeed Jake McQuaide as the Rams’ next longsnapper.

Note: Johnny Hekker remains on the Reserve/COVID-19 list but was allowed to be at Tuesday morning’s practice.

Chargers Agree to Terms with Brandon Staley as Head Coach