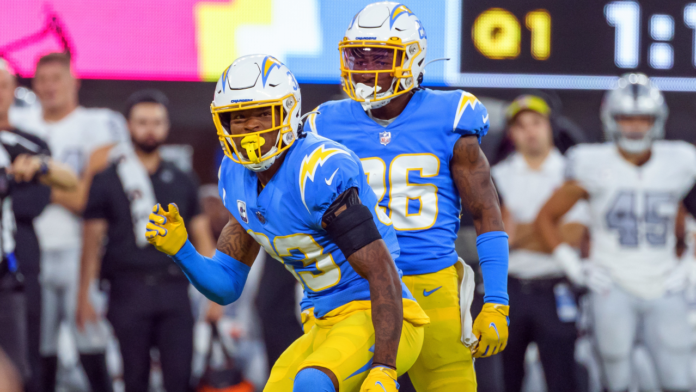 “He’s been in my ear. He always wanted to play with me.”

That’s what rookie cornerback Asante Samuel Jr. said of veteran safety Derwin James after Samuel Jr. was selected by the Los Angeles Chargers in the second round of this year’s draft.

Though they never played together at Florida St., they’re living out that goal on Sundays with the Bolts.

I got a chance to sit down with the duo to dig a little deeper into the impact their college – aka “DBU” – has had on the pro careers.

Why is Florida St. so good at producing DBs?

“Just the swag from back in the day. It started with Terrell Buckley, Deion Sanders, and those guys. Guys like myself, Jalen Ramsey, Zont (Samuel Jr.), we just wanted to carry on that tradition. Everybody knows Florida St. produces the best DBs.” – Derwin James

Camera On: Derwin James and Asante Samuel Jr. on Florida State and the Family Atmosphere in DB Room

What have they taken from Florida St. to the NFL?