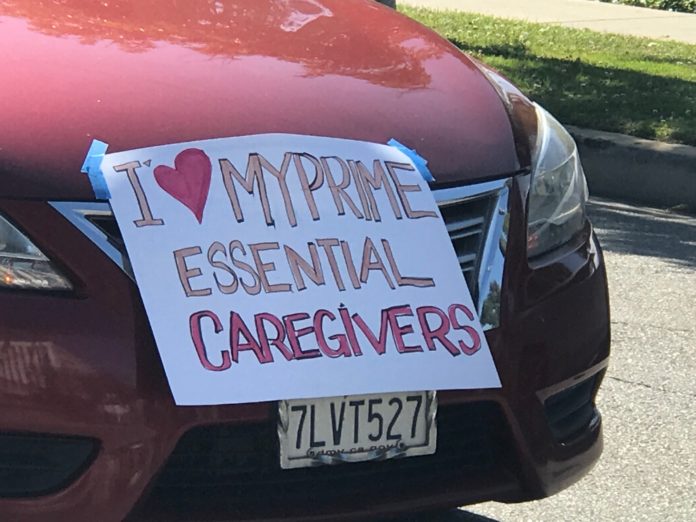 On May 5th many of their members campaigned outside of Centinela Hospital, accusing both the hospital and parent company Prime Healthcare for cutting essential services and also threatening to cut pay and benefits of hospital workers during the coronavirus pandemic.

Horns blared from cars as supporters of the union workers circled the block on Hardy St. and Arbor Vitae, while protesters mounted a rally outside of the hospital.

Henry G. Washington has been working as an engineer for Centinela for 30 years, but says that he is at wits end with his employer.

“Following the instructions given by the CDC and hospital administrations, there have been times where I’ve been in areas and I know that I ‘ve had the same mask on for about two days,” Washington explained to Inglewood Today.

Washington says that he was also concerned of the safety risk for him and others on days when he is working extended shifts as the only engineer.

“I am here for several hours, sometimes eight hours by myself and I think there should be two of us. I’ve got the power plant, boiler rooms. All of the machinery that keeps this place going.”

Washington, who is a member of the union left his shift to join in the protest with other members.

Ask if he is concerned about his job, he stated emphatically: “Hell no!”

Union members wore purple SEIU T-shirts, but not all protestors were in the union.

One worker who says that he has AIDS is concerned for his own health while working at the hospital.

Inglewood Today reached out to Centinela Hospital for comment, but did not receive a reply at press-time.

Centinela was one of several hospitals targeted by the union, others included