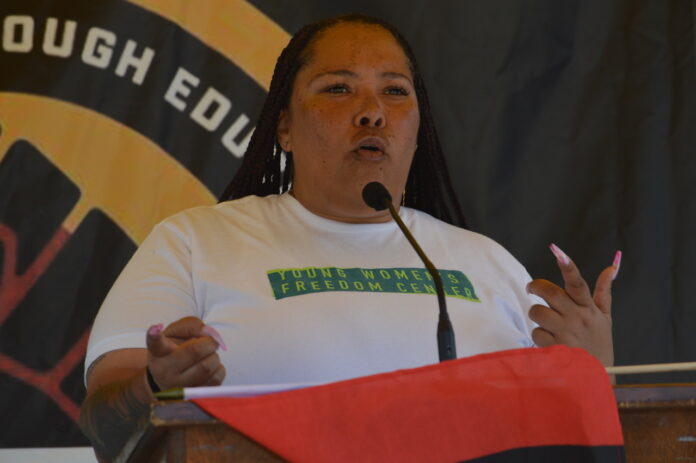 She was an elected official of the organization that advocates on behalf of more than 10 million women-owned businesses around the United States.

Charlotta Carter, President-CEO of GRI Technology Solutions and president-elect of the NAWBO-San Francisco Chapter, resigned her position in a letter to the NAWBO membership last month. Carter’s resignation was soon followed by by another Black woman, Vikita Poindexter, stepping down from a NAWBO leadership role.
Poindexter is CEO of Poindexter Consulting Group and president of NAWBO-California.

In her resignation letter, Carter recounted incidents during her onboarding and work as president-elect when NAWBO showed reluctance to support Black women business owners.

Carter wrote, “I’m humbled to be asked to join but find that there is a true disconnect with the overall NAWBO set of mission and goals and what I believe and need as a Black business owner to be part of the organization. NAWBO’s strategy and vision IMHO (in my honest opinion) does not value diversity and cannot see the uniqueness of Black-owned businesses — challenges that are far beyond other demographics.”

Carter also alleged that, at an onboarding meeting, she spoke with another Black woman who was president of a different NAWBO chapter, who said she was “afraid” to reach out to the NAWBO national board for a statement about George Floyd’s death.

In an email to NAWBO members obtained by CBM, NAWBO National leadership said that they were taking Carter’s allegations seriously, and that they had convened a special task force to investigate her claims. The letter reads, “As a national organization with local footprints, we must in principle and in practice, be inclusive, diverse, respectful and equitable to all members.”

Carter also told CBM that she is still confident in her decision to leave the organization, and that she was skeptical of the organization’s future regarding their diversity and inclusion initiatives.

“The incoming president Susan Dawson’s first statement that ‘members of NAWBO are tired of supporting African American women’s issues,’ was her truth. And anything that came after that was total BS. So, any apology would ring hollow to me because she really wouldn’t have meant it So, I’m happy if they do something about it and they do some soul searching and realize that they’re more of a racist organization than they think they are, that would be great. And if they don’t do anything then I know I made the right decision by distancing myself from them,” Carter said.

NAWBO ’s leadership said in a statement to CBM that they have appointed a special task force to investigate the accusations, and that they cannot publicly comment on the matter until the investigation, which is currently underway, is complete. They also said that four BIPOC women currently serve on NAWBO’s national board.

“In principle and in practice, NAWBO values and seeks a diverse and inclusive membership. We seek full participation in the organization by all business owners who support our mission to empower women entrepreneurs, regardless of race, religion, age, sexual orientation, national origin or disability. Our goal is to effectively represent the full diversity of the women business owner community and to expand access to leadership opportunities across the full spectrum of our membership,” the statement reads.