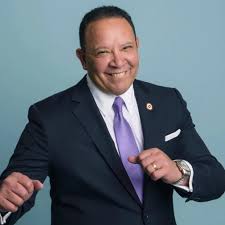 In 1996, California banned affirmative action by passing Proposition 209. Since then, the business community has struggled to make inroads in diversity and representation. Last month, Reuters reported that Wells Fargo’s CEO Charles Scharf said that “the unfortunate reality is that there is a very limited pool of black talent to recruit from.” The fact that the CEO of the country’s largest bank so easily admitted defeat when met with the thought of trying to find Black talent is a chilling realization in 2020. The truth is that California’s lack of Black representation in business started with Prop. 209.

Companies often blame the lack of representation on “pipeline” issues, where there are not enough women or minorities with the educational or professional experiences needed to work in highly-competitive fields. However, the real problem is the narrow professional and social networks that these high-end professions draw from. Although California has an existing pipeline full of potential applicants, diverse candidates are too often kept out of the education and professional environments that prepare them for these jobs. And California’s ban on affirmative action has dispersed diverse talent in a way that can make it difficult for businesses to hire a representative workforce.

Contrary to doubters, affirmative action is essential to promote equal opportunity for women and people of color. In a world without affirmative action, women and minorities are paid less, given fewer chances at top jobs, and denied the types of career-making opportunities that White men use to climb the corporate ladder. But it doesn’t have to be this way. California can join the 41 other states that already have affirmative action as a tool to level the playing field by considering race and gender when making college admissions decisions that can springboard young people into coveted business roles.

Without affirmative action, the lack of Black representation in the upper echelon of corporate leadership is startling. According to Institutional Shareholder Services, only 7.3% of the five highest-paid executives at financial companies in the Russell 3000 were racial or ethnic minorities. Heidrick & Struggles also reports that African Americans made up just 10% of new director appointments in the Fortune 500 last year.

Black representation is even worse at technology companies. Bloomberg News reported that the portion of Black workers in America’s 8 largest tech companies sits at 3.1% in 2017. In 2016, the U.S. government reported that Black people made up just 7% of high-tech jobs, and just 3% of Silicon Valley’s workforce.

This leaves Black professionals in finance and tech with little support from peers, limited potential mentors, and few sponsors that provide career-changing opportunities for advancement. To change the status quo, California has the chance to pass Proposition 16, which would reverse the state ban on equal opportunity programs. This would level the playing field for women and minorities, so elected leaders can design programs that provide good jobs, better wages, and access to better schools for all Californians.

Some people fear that considering race as a factor in college admissions would lead to  quotas that lock them out of top colleges and jobs. But the Supreme Court ruled racial quotas unconstitutional in 1978 and passing Prop. 16 won’t bring them back. We want to close these gaps the right way—not with unconstitutional quotas—by giving everyone a fair shot at success. That’s why Prop. 16 will be subject to monitoring by California’s Department of Justice to ensure that expanded opportunity doesn’t at the expense of unconstitutional discrimination.

Prop. 16 will unleash new opportunities in higher education and business to give everyone a shot to succeed. Business leaders won’t be able to blame the pipeline for not having diverse leadership or workers, and we can finally have businesses that reflects California’s diverse communities. Some would have you believe that we can only heal the ills of our past by creating a color-blind society. But after 24 years under Prop. 209, it is now clear that curing a lack of opportunity from color-based discrimination is impossible without affirmatively acting to help the disenfranchised.

The wealthy and well-connected in California continue to control access to lucrative careers, top universities, state contracts, and other opportunities for success, and they keep recruiting people just like them  to replace join at the top. With Prop. 16, we can start to knock down the barriers to high-quality jobs in business and tech for Black people, so we can all rise together