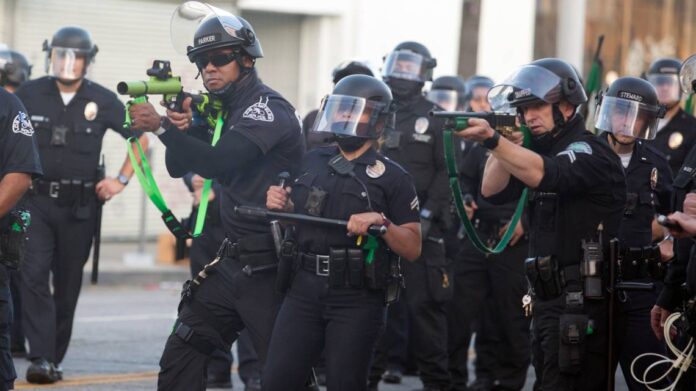 SACRAMENTO ­– Senate Bill 731, also known as the Kenneth Ross Jr. Police Decertification Act of 2020, passed out of the Assembly Judiciary Committee on a vote of 7-3. This bill, authored by Senator Steven Bradford (D-Gardena), increases accountability for law enforcement officers that commit serious misconduct and illegally violate a person’s civil rights.

“SB 731 is a bill that is desperately needed to increase law enforcement accountability and restore community trust in officers,” said Senator Bradford. “This bill is supported by the Legislative Black Caucus, dozens of community organizations, hundreds of artists and entertainers, and thousands of Californians who are urging for a comprehensive decertification process. Despite having issues with bill’s current language, even law enforcement agrees that a decertification system is needed.”

SB 731 creates a statewide process to revoke the certification of a peace officer following the conviction of certain serious crimes or termination from employment for cause due to misconduct. The bill would authorize the Commission on Peace Officer Standards and Training to revoke a certificate on specified grounds, as set forth in regulations by the Commission. Additionally, the bill strengthens California’s key civil rights law to prevent law enforcement abuses and other civil rights violations.

“We can no longer allow bad officers to transfer to different departments and bring misconduct to other communities,” continued Bradford. “Now is the time for legislators to go beyond photo ops and social media, and act on meaningful police reform.”

SB 731 is moving forward to the Assembly Floor for a vote later this week. The bill must be voted on and passed by both the Assembly and the Senate before the August 31st deadline in order to be submitted to the Governor.