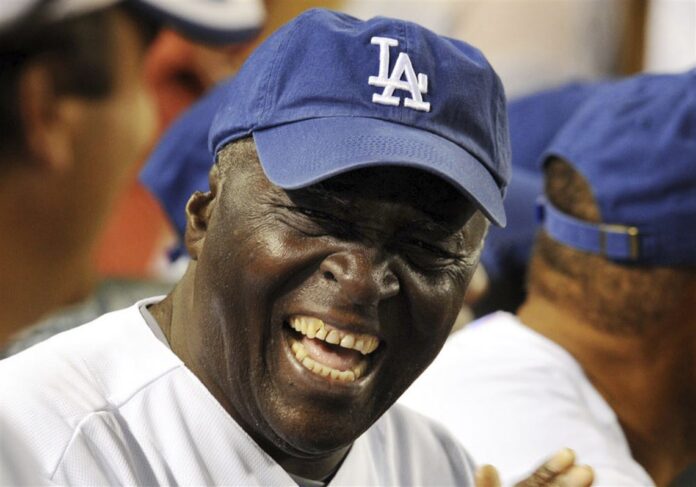 WASHINGTON – Congresswoman Maxine Waters (CA-43) issued a statement on the death of beloved Dodger baseball player and community relations representative ‘Sweet Lou’ Johnson who died at the age of 86.

“My heart is heavy at the news of the passing of my friend and Dodger great ‘Sweet Lou’ Johnson.  Lou Johnson will always be remembered for hitting a key home run in Game 7 of the 1965 World Series, enabling the Dodgers to beat the Minnesota Twins.  Lou had big shoes to fill when he was brought up from the minor leagues to replace the Dodgers’ leading hitter at the time, Tommy Davis, who had broken his ankle early in the 1965 season.  Not only did Lou’s success on the field endear him to Dodger fans, but his positive attitude and outgoing personality led to his popularity in the clubhouse and his nickname, ‘Sweet Lou.’ Lou Johnson also had the only hit and scored the only run in Sandy Koufax’s perfect game against the Chicago Cubs in 1965.

“When his playing days were over, Lou was hired as part of the Dodger’s community relations team where he represented the franchise well for almost four decades.  Always plugged into the grassroots, I was continually impressed by what a great asset he was to the Dodgers, enabling us all to feel closer to our Boys in Blue.

“’Sweet Lou’ was always willing to share his experiences to help others overcome their life challenges and his sweet smile will be sorely missed.  I extend my sincere condolences to his wife Sarah and their children, George, Carlton, Quinton, Lori and family.”