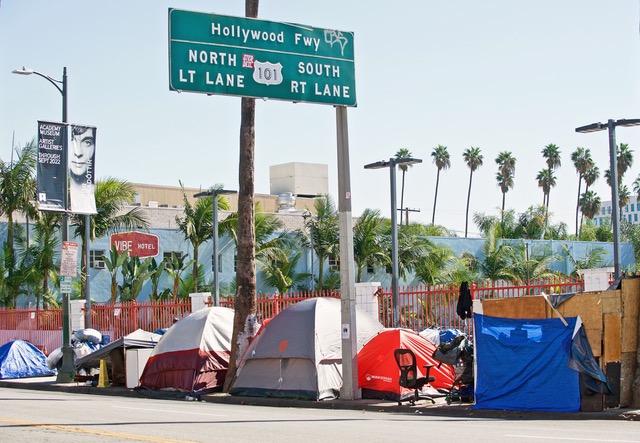 The COVID pandemic intensified California’s housing affordability problem and forced the state to take urgent steps to secure emergency shelter for its unhoused population. Even in the wake of the global health crisis, the state is still reeling, facing increasing housing instability and a homelessness crisis that is enduring and more-and-more complex.

Approximately 160,000 Californians are unsheltered as affordable housing for so many continues to be difficult to come by.

This year, lawmakers introduced a number of bills to give unhoused Californians a safe and stable place to live.

SB 1335  includes people applying for a rental accommodation where there is a federal, state or local subsidy.

“Individuals using housing subsidies go into the housing market with a credit history and its stereotype attached to their applications,” Jacqueline Ramirez, Policy Associate with Housing California stated in a letter of support for the bill.

“However, credit scores are an unnecessary tool due to the reliability of payment for the voucher program. As a result, despite having most of the rent covered by the government, those applying for housing subsidies face rejections based on credit histories,” Ramirez continued.

On June 2, SB 1335 was referred to the Assembly Committee on Housing and Community Development. It is still being reviewed.

“The status quo on homelessness is not working. It’s time for a paradigm shift,” Umberg tweeted.

“It does not guarantee housing as a solution to address homelessness; Evidence shows that adequately resourced intensive voluntary outpatient treatment is more effective than court-ordered treatment; It will perpetuate institutional racism and worsen health disparities,” their opposition letter reads.

According to DRC, there are alternative solutions to this aspect of the housing crisis.

“CARE Court is not the appropriate tool for providing a path to wellness for Californians living with mental health disabilities who face homelessness, incarceration, hospitalization, conservatorship, and premature death,” the letter states. “Instead, California should invest in evidence-based practices that are proven to work and that will actually empower people living with mental health disabilities on their paths to recovery and allow them to retain full autonomy over their lives without the intrusion of a court.”

SB 1338 is being reviewed by the Assembly Committees on Judiciary and Health.

Senate Bill (SB) 903 would require the California Prison Oversight Board to examine the California Department of Correction and Rehabilitation’s (CDCR) efforts to address the housing needs of persons recently released from custody, including those identified with serious mental health needs.

“If we are serious about getting more Californians off the street, we can no longer ignore the ‘prison-to-street’ pipeline,” State Senate Majority Leader Emeritus Robert Hertzberg (D-Van Nuys), SB 903’s author, said.

“In California, leaving incarceration is a ticket to homelessness and recidivism. With prison populations continuing to shrink due to the pandemic and recent reforms, we must do all we can as a state to help those leaving become productive, law-abiding members of society. Our justice system depends on it,” he continued.

According to a study from California Health Policy Strategies, L.L.C. (CHPS), in 2019, 27% of Californians in jail reported being unsheltered before they were arrested, and 70% percent of unsheltered individuals reported having been previously incarcerated.

About 28% reported being recently released from a correctional institution.

SB 903 is being reviewed by the Assembly Committee on Public Safety.

The bill would authorize the issuance of up to $600 million in bonds for additional funding for the program.

“First authorized in 2014, this successful program has developed nearly 6,000 units thus far,” Irwin tweeted. “With an estimated 11,000 unhoused veterans living in California, we must continue this work.”

The Senate Committee on Government and Finance is reviewing AB 411.

According to housing advocates, the current process is needlessly complicated and expensive.

“SB 1336 will open up an enormous amount of land for affordable housing and help address our housing crisis,” Wiener tweeted.

SB 1336 is being reviewed by the Assembly Committee on Housing and Community Development.

Both in California and across the United States, African Americans account for about 40% of the population, respectively.