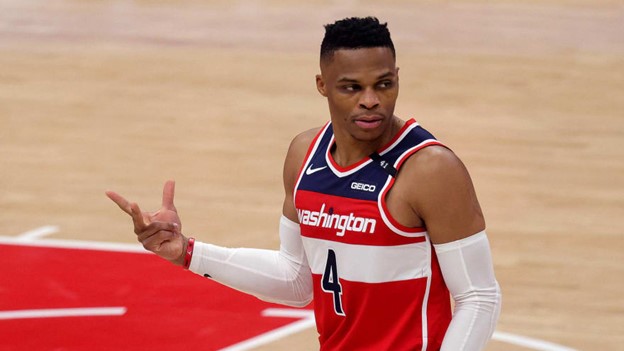 Russell Westbrook, III, the nine-time NBA All-Star and winner of the NBA Most Valuable Player Award for the 2016–17 season is currently a starter for the Washington Wizards of the National Basketball Association. He attended Leuzinger High School, just minutes from the City of Inglewood and the University of California Los Angeles before being picked in the first round of the NBA draft in 2008.

Westbrook is also part owner of LAX Automotive Sales, a car dealership in Inglewood that opened in the third quarter of 2020. The sprawling dealership features over 400 cars on several acres of land at the corner of Isis and Manchester Boulevard just west of Randy’s Donuts.

The City of Inglewood location was chosen because the owners wanted to give back to the community, according to Sales Manager Junior Elreda, who explained that the dealership presently features a broad line of used vehicles ranging from sporty sedans and high performance vehicles to electric vehicles, family sedans, trucks and SUV’s.

In addition to providing a broad range of used vehicles, the full service dealership offers service on all makes and models. They offer a Kelley Blue Book instant cash offer for used vehicles as well as a Vehicle Recovery System by Theft Patrol. They also are able to offer a vehicle Car Care Maintenance Service Plan that includes lube, oil and filter changes, clean and adjust brakes, multi-point vehicle inspections, tire rotation and a cross country motor club membership.

Between his NBA earnings and his wise automotive dealership investments, Westbrook stands 12th on the World’s Highest-Paid Athletes 2020 list and late in 2020, Forbes listed his net worth at $53.7 million.

Councilman Alex Padilla Bask in Glow of ‘Taste of Inglewood

Inglewood’s King and Queen Beauty Salon Back in Business