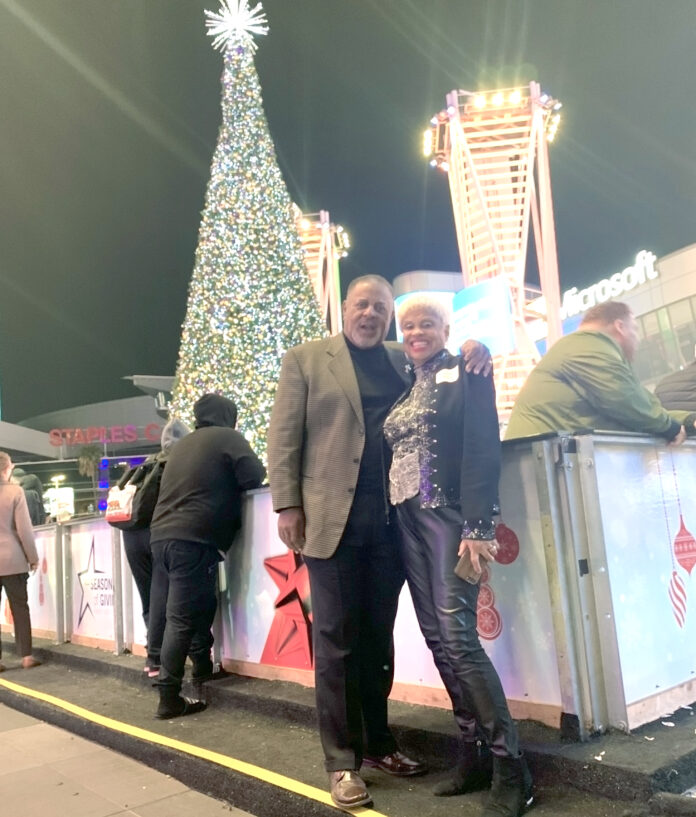 The news came midday on Jan. 4th. It was that sort of call you dread. Perdita Brown better known as Dee Dee or Dada Brown, beloved wife of Inglewood Today founder and executive publisher Willie Brown, has died. She was 70. Funeral services are pending.

Her beloved husband of 45 years Willie Brown delivered the heartbreaking news after being told by doctors at Cedars Sinai. He was absolutely devastated.

Mrs. Brown had contracted COVID less than two weeks ago, was hospitalized for a few days before succumbing to the raging virus that has engulfed Los Angeles County.

Born in Chicago, Illinois on February 5, 1950, Mrs. Brown moved to Compton at an early age where she grew up before attending Cal Lutheran High School and California Lutheran University.

Dee Dee as she is affectionately known loved life, she loved church, travel, theatre, music, dancing, and most of all loved people. Among her most favorites hobbies was line dancing with a group named Inglewood Line Dancers.

She was also the heart and soul of Inglewood Today, taking pride in making sure that our readers were able to receive the newspaper and promptly informing Willie when newspapers were not at designated display locations.

She loved the city of Inglewood and its citizens, but more than anything she was passionately in love with Willie. They were inseparable up until the moment she passed away.

During the 2020 MLK Parade in Inglewood, Dee Dee accompanied by Willie joined me at our display booth, signing up readers and passing out newspapers.

She was so adorable, and everyone who met her didn’t want to stop talking with her. She took time out to walk through downtown Inglewood visiting each and every vendor and buying some ice cream along the way.

“I never thought this day would happen,” Willie solemnly stated.

Dee Dee and Willie were regulars in the SoFi Stadium press box during the Rams games for the past two seasons.

I gave her the title as the queen, and now we’ve lost her, but her spirit shall forever remain.

Kawhi Leonard agrees to sign with the L.A. Clippers