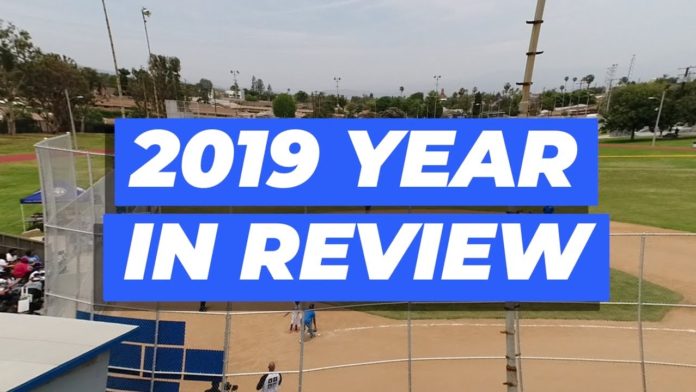 2019 was an historical year for the City of Inglewood and certainly one for the record books!

The Annual Martin Luther King, Jr., Celebration and Parade in January featured record-breaking participants and crowds, followed by an Earth Day Celebration that treated a record-breaking crowd to free entertainment as Inglewood residents came together to save the planet.

The annual D-2 Chili Cook-off attracted an impressive group of contenders as well as another record-breaking crowd of supporters. A Taste of Inglewood gets bigger and better every year and it offered residents, as well as guests and visitors from adjacent communities to see the best of Inglewood.

The Hispanic Heritage Festival and Classic Car Show also was a record breaker as the city’s residents came together, once again, to share friendship and fellowship. Similarly the Day of the Dead celebration brought citizens together to honor those who have passed away.

The city’s parks will also be recognized for their improvements in 2019. Ash Park was completely renovated to attract tennis players, basketball players and those who just wanted to stay in shape. It also featured a first-ever child’s water play fountain. The tennis center at Ed Vincent Park also received a makeover making it a tennis complex to rival the best of what Los Angeles County has to offer.

The incoming sports teams; the Los Angeles Rams, the Los Angeles Chargers and the Los Angeles Clippers, continued their expressions of community support in many ways demonstrating that they are likely to be extraordinary community partners in the City of Inglewood for years to come. The establishment of the Girl Scouts Regional Center in Downtown Inglewood also contributed to the development of a City that is on the Move.

Mayor Butts dubbed the phrase…”what is new in the City of Inglewood? Everything,” and there are numerous examples that exemplify that phrase, including, among other extraordinary examples, the ground breaking of the Los Angeles Youth Orchestra facility in Downtown Inglewood and the ongoing development of the SoFi Stadium that will be the home of the Rams and the Chargers.

The stadium is over 80 percent complete and is scheduled to host its first event in 2020. Snoop Dogg conducted a walk-through with Mayor Butts and a bevy of Inglewood residents and VIP’s/ He also partnered with the Mayor to give hundreds of turkeys to Inglewood families to celebrate Thanksgiving.

This month the spirit of giving was alive and well in the City of Inglewood as residents, corporations and others contributed generously to the District’s Annual Toy Give Away and the Inglewood Police Department’s Heroes and Helpers Shopping Spree that benefitted grateful children with Christmas gifts and at the last city council meeting of the year, each council member thanked the community for their support throughout the year.

Inglewood’s most recognizable resident is Willie Agee who serves as a city commissioner and has a designated seat on the front row of each city council meeting. He frequently contributes with public comments and always opens his remarks by announcing the lives in the great City of Inglewood, the best city in the nation.

Willie is absolutely correct in his proclamation and the city’s 2019 record of accomplishment, economic development and improvement is all the proof that is needed.

Happy Holidays from all of us at INGLEWOOD TODAY!