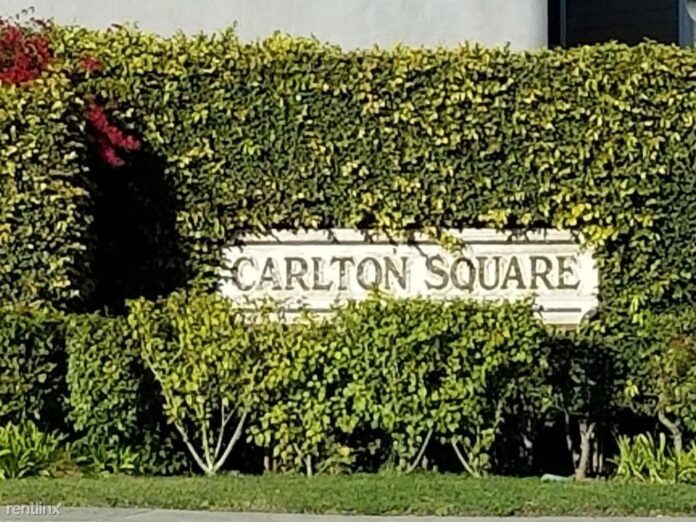 The year was 1986 when Marie Riggins and her late husband Walter Molo, a Navy veteran, decided to buy their home in the newly built Carlton Square community in Inglewood which currently sits next to the $5 billion SoFi Stadium.

“He wanted a corner house and this was just ideal for us,” she explained to Inglewood Today this week. Riggins says she was the first to purchase in Carlton Square, a sprawling gated residential complex with manicured lawns and trees nestled in between smoothly paved streets.

It was a dream come true for the then tax accountant/bookkeeper who use to own Tree of Life health food store in the 1970s.

under the pretense of building a city park, the city of Manhattan Beach took control of the land from Willa and Charles Bruce who bought a property in the strand area for $1,225.

A widow without any children and scant relatives throughout the region, Riggins finds herself on the cusp of being homeless, but she refuses to go down without a fight after falling on hard times and becoming delinquent on her Home Owners Association (HOA) fees in 2017.

She paid $1,800 to file for bankruptcy when her Social Security income could not sustain her.

Riggins says her home endured heavy water damage and flooding that HOA did not repair as required.

Recently the Carlton Square Board members approved the sale of her property for the $38,000 that Riggins is alleged to have owed for association fees.

“I just fell on hard times. My husband died after a struggle with pancreatic cancer and the hospital bills took their toll on me.” “I’ve been taken advantage of since April 2017.”

When she bought the home, her mortgage was held by Band of America which eventually sold to Specialized Loan Services, she says.

She alleges the mortgage company owes her $6,000 that she has never received.

Property value of the homes in Carlton Square has sky rocketed since the football stadium was built and one home was listed just above $824,000.

After demanding she pay $38,000 within 90 days, Riggins says that HOA foreclosed on her home and sold it to a company named Breckenridge Property Fund 2016 LLC for the amount it was owed and that company has only offered to sell the property to Riggins at market value.

There is a provision in the HOA bylaws that allows for the homeowner’s association to non-judicial foreclosure on homeowner properties that are in arrears.

Many renters and homeowners throughout the state and nation who have been crippled by the COVID-19 pandemic have received government aid, but the homeowner’s association board exercised their own laws to evict a senior citizen during the pandemic without regard to the health crisis.

Neighbors in this predominately Black community have suspected foul play and payola has been at play for years. Most feel that Riggins situation is the tip of the iceberg and suspect this was just a maneuver remove a Black silng woman from her home.

As we went to print Riggins was still in the home, she bought in 1986, exhausting every legal right she has left, but it appears only be a matter of time that the titian controlling the mortgage will prevail.

However, it will not be with one helluva fight from witty 82-year old.