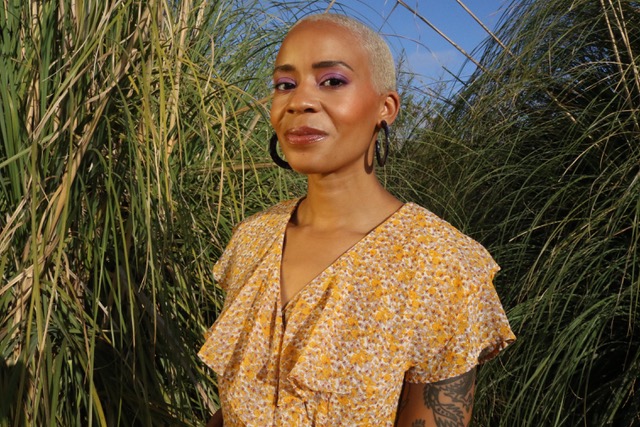 Olivia Carmella was at a crossroads moment in her life when she founded ‘Models of Authenticity’. Carmella, a lawyer and graduate of The Ohio State University’s highly regarded Moritz College of Law, proudly attests that her time studying law, and her career in law, served great purpose. In fact, it’s where she found herself– her true, authentic self that she had subconsciously suppressed her entire life. With this revelation, she created ‘Models of Authenticity’. This brand is her dedication to helping other young people– and people of all ages– come into their own experience of self-discovery and daily practice of authenticity.

The Models of Authenticity brand that Carmella has built from the ground up is the blueprint for living an authentic life. It’s an online space that serves as an anti-conformity guide, it’s the constant reminder that every person has something unique and important to offer the world. It’s a space that celebrates individuality.

The brand’s already-impactful online presence is proof that women are in fact seeking a community where vulnerability and honesty is normalized. The Models of Authenticity Instagram page consists of people from all different backgrounds, careers, ages, and races sharing testimonies of what it means for them to live their life authentically. The page also consists of Carmella sharing her own genuine life experiences, and even day-to-day battles and struggles that aren’t the usual common themes of social media, which for most people is used as a personal highlight reel. Carmella sees the power in acknowledging and embracing personal and universal hardships that are sometimes deemed taboo.

Models of Authenticity is the representation of a green light actively signaling people into a life of honesty. It was amid Carmella’s own self-awakening experience that the idea of the brand came to life, but it had been a long road before she reached this point. In 2019, she had just finished law school and earned a cushiony job at a reputable law firm, but there was one problem: she had abandoned herself in the name of her career.

“I had worked so hard to gain the sense of security and the six figures, I had to keep these people happy and I just couldn’t do it because it was the antithesis of who I was at my core. They were asking me to make myself smaller, to speak up less– they were just asking things of me that I couldn’t do,” says Carmella.

It was a steady build-up beginning from her time at the reputable law firm that eventually led to Carmella feeling as though perhaps it was time to reevaluate her life trajectory. And although her personal dilemma became more and more evident during the early years of her law career, it’s actually throughout her childhood years where her inner conflict began.

Born in Cincinnati, Ohio to an interracial couple, Carmella recalls her adolescence of not embracing, or even acknowledging, her Blackness. Raised by her single, white mother who did eventually remarry, Carmella wasn’t in Black spaces or even within close proximity of people who looked like her. She attended a Catholic, all-girls high school where she was one of a handful of Black girls, and she even joined a white sorority at Miami University in Oxford, Ohio.

In retrospect, Carmella recognizes the anti-Black environment that she was raised in. “I internalized a lot of self-hate,” she recalls. It was in her early twenties, during law school, when her perspective shifted and she began to embrace her full self, Blackness included. “I don’t feel like I started living until 23 or 24. And maybe that time is filled with conformity for a lot of people, but I’d like it to not be,” says Carmella, which is the underlying purpose of Models of Authenticity.

“I really spent the first two decades of my life conforming. That’s where this tiny seed of Models of Authenticity really started– my upbringing. Self-expression wasn’t really encouraged. It wasn’t discouraged, but it wasn’t talked about, and that was the problem. A lot of things weren’t talked about. And it led to me making decisions that weren’t connected to me,” says Carmella, followed by an explanation of the symbolic significance of her now-shaved haircut.

While interning at the law firm that eventually hired her as a full-time employee, she had a lot of hair, and her bosses embraced it. But Carmella eventually shaved it all off. To some, the change of a haircut may seem trivial. But in this scenario, it was far from it. It was the beginning of her coming-of-age era.

“I felt really boxed in at the [law] firm. I was conforming. I was code switching. I was told that I wasn’t professional enough.” As Carmella says the word “professional”, her hands lift from the table, emphasizing air quotes. Most Black professionals know that the term is often used as an arbitrary tactic to uphold white supremacy in the workplace.

As the months passed in this corporate life that Carmella had settled into, the uneasy, icky feeling in her core had made itself clear that it could not go unaddressed. Strife between Carmella and her career was now impossible to ignore. “I was crying all the time. I realized I just needed to listen to my body.”

After eventually leaving the firm, she did decide to give her law career a second chance. Her new job allowed her to relocate from Ohio to Southern California, but ultimately it didn’t work out, and this further validated the feelings that she’d been harboring for years: A career in law was not going to serve her.

“After that legal opportunity not working out either, I just wasn’t going to try a third time to be a lawyer,” says Carmella.

It was May 2021 when she decided to make the full-time commitment to Models of Authenticity. Now living in Los Angeles, she’s found community in creative, Black spaces. She’s connected with other like-minded people who are on the same journey, and the inspiration is reflected in her brand.

For instance, ‘Sunday Truths’, which has captured a growing audience, is a weekly Instagram Live hosted by Carmella where she speaks with other “models” of authenticity about how they nurture their individuality in their own lives. The weekly show kicks off on the Models of Authenticity Instagram account every Sunday at 12 p.m. PST.

In the future, the brand will be releasing their “Authenticity Cards”, which will serve the double purpose of a self-discovery deck, and also a tarot experience. Reflection prompts on the cards will guide readers throughout their daily mental practices and habits. For the merchandise that’s currently being sold on the brand’s website, proceeds will go towards the manufacturing and distribution of the cards, which Carmella hopes to expand into schools and curriculum one day.

The Models of Authenticity brand is just beginning, and it was born from a place that, at the time, seemed like rock bottom. But it turns out, “rock bottom” was just preparation for a launch into something better. Olivia Carmella, since ending her law career in May, is evolving into the person she was meant to be all along.