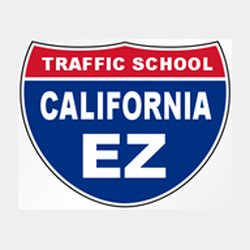 A few owners of online traffic schools in California have taken advantage of loose oversight by the Department of Motor Vehicles to stifle competition and boost their share of customers among the roughly 670,000 ticketed drivers who enroll in the schools every year.

State law lets drivers hide minor infractions from car insurers if they complete traffic school courses, which migrated from classrooms to the internet about 20 years ago. The online courses have proved lucrative for some school owners, thanks in part to built-in advertising they get from appearing on a list of randomized schools that is passed out at courthouses and maintained online.

The list has tripled in size over the last two years, reaching about 3,000 schools as a few owners added hundreds of identical websites with names such as No Study Traffic School, Five Dollar Traffic School, Shortest Course Allowed and Easy Daddy Traffic School. Many school names differ only by a number at the end of the name, and different schools often have the same owner, but there’s no easy way for a customer to know that.

An Assembly Transportation Committee report found five owners controlled about 74 percent of the schools. DMV records show there were fewer than 1,000 licensed schools as recently as January 2017. The number increased to about 1,400 in January 2018 and leapt to around 2,200 in January of this year. It had grown to about 3,000 by March.

The DMV charges about $450 to license a new school, and owners must file a $15,000 bond with the department. The owners must obtain DMV approval for each school’s curriculum, and they can use the same curriculum for multiple schools. They pay about $100 per year to renew schools’ licenses.

School owners say they are making money despite the license and renewal fees. About 675,000 ticketed drivers took the traffic courses each year from 2016 through 2018, according to DMV figures.

The DMV took over supervision of the schools from the courts in 2012. Its regulations prohibit school names that are “so similar to an existing school name so as to cause confusion to the public, courts or the department.”

Some school owners say enforcement of that rule has been lax.

The rules also prohibit any name that “implies that the school offers inducements or premiums which derogate or distort the instruction intent of the traffic violator school program.”

DMV spokesman Marty Greenstein noted the department reviews every school’s curriculum while saying the department is taking a closer look at other elements of the traffic school industry.

“The (DMV’s occupational licensing branch) strives to monitor and regulate the program within the scope of what is allowed by statute and regulations,” Greenstein said in an email. “The branch has begun reviewing these schools and is looking at the types of issues you raise on a case-by-case basis to correct the inconsistencies.”

“A lot of schools have closed,” Elkins said. “It’s not worth their time and effort. It’s had a pretty big impact on the mom and pop schools and has for a while.”

Soldis has proposed legislation, Assembly Bill 708, to try to reduce manipulation of the list. The bill passed a House committee despite official opposition from GeoSimonian, who said the proposal could create new problems for enforcement while piling on more work and more costs for the already struggling DMV.

Soldis said a drop-down menu for the online list, which he proposed in the legislation, helped solve problems with Michigan’s traffic school list. Texas, Florida and New York have used high licensing fees and other regulations to keep traffic schools well below 100 for each of those states, according to the Assembly Transportation Committee report.