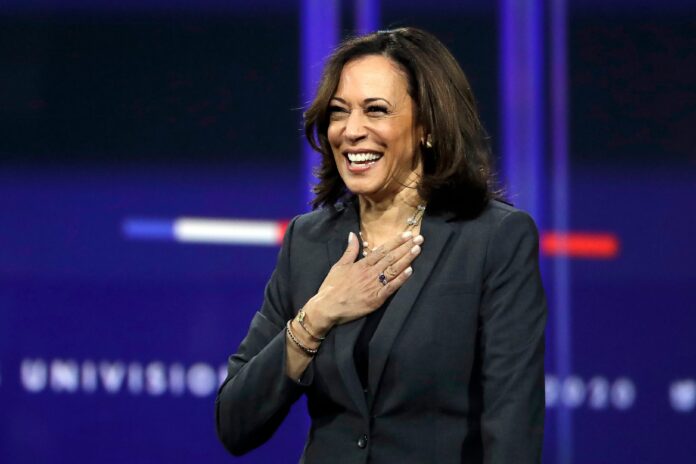 “Harris selection makes me so optimistic. I am thrilled about the conversations Senator Harris will be having with Americans all around the country over the next 83 days until the presidential election,” said Malia Cohen, a member of California’s Board of Equalization and the highest ranking African American woman constitutional officer in the state.

Cohen says she remembers doing a precinct walk with Harris when she was a campaign worker and the senator was the underdog in her race for San Francisco District Attorney. After Harris beat the odds and convinced San Franciscans to elect her as the city’s DA, Cohen said she had the opportunity to work with her again on several occasions. At the time, Cohen was a member of the San Francisco Board of Supervisors.

“She’s smart. She thinks on her feet. She has the acumen to be an asset to Joe Biden and complement him to achieve the all the things that he stands for,” said Cohen.

Dezie Wood-Jones, former Vice Mayor of Oakland, is California President of Black Women Organized for Political Action (BWOPA), a statewide organization committed to getting Black Women involved in the political process. The group also advocates for issues that are priorities for African American women and supports Black women who are political candidates.

“It is an excellent, courageous and historic choice and I am proud of the Democratic Party standard bearer Joe Biden on his selection,” Wood-Jones said. “I know she will do an outstanding job.”

Biden picked Harris, 55, who launched her own bid for the presidency in January 2019, from a shortlist of about a half dozen women that included California’s U.S. Congresswoman Karen Bass (D-CA-37). Bass, who served as Speaker of the California Assembly from 2008 to 2010, praised Harris after the news broke.

In a text to his supporters, followed shortly by an email, the former Vice President of the United States wrote, “Joe Biden here. Big news: I’ve chosen Kamala Harris as my running mate. Together, with you, we’re going to beat Trump.”

“Principled. Brilliant. Compassionate. Empathetic. Honest,” wrote the governor, who will have to appoint someone to replace Harris if Democrats win the presidential election in November. “The Perfect choice for Biden. That’s Kamala Harris.”

In the official statement announcing his selection of Harris, Biden praised the senator’s accomplishments and pointed out that she had worked closely with his son Beau, who died in 2015.

“She’s been a leader on criminal justice and marriage equality,” said Biden, who promised in March that he would pick a woman as his running mate.

“She has focused like a laser on the racial disparities as a result of the coronavirus,” Biden added.

Harris, who was born in Oakland and spent a part of her childhood in Berkeley, ended her run for President of the United States in December last year.

“Black women and women of color have long been underrepresented in elected office and in November we have an opportunity to change that. Let’s get to work,” Harris tweeted about three hours before Biden’s announcement.

Before she was elected Senator in 2016, Harris served as Attorney General of California for six years, beginning in 2011. Before that, she served as District Attorney of San Francisco from 2004 to 2011.

Harris, who is of Jamaican and Indian descent, lives in Los Angeles with her husband, attorney Douglas Emhoff. If the Democrats win, Harris will make history as the first Black and Asian woman to be selected as a vice presidential candidate in the United States on a major political party’s presidential ticket.

“Senator Kamala Harris has been an incredible leader and an inspiration for so many of us, and I’m proud to call her a friend and mentor,” San Francisco Mayor London Breed wrote on Facebook.

“I’m thrilled that Vice President Biden had the vision to recognize that Senator Harris can bring the integrity, intelligence, and commitment to justice for all that our country so badly needs during this difficult time,” Breed continued. “I know how much it means to have leaders who reflect the people they represent, and today I’m thinking about all those little girls in this country that will see a strong, principled woman walk into the White House and know that they too can make that same journey someday.”

Harris earned her BA at Howard University in Washington, DC, and her JD at the University of California, Hastings.