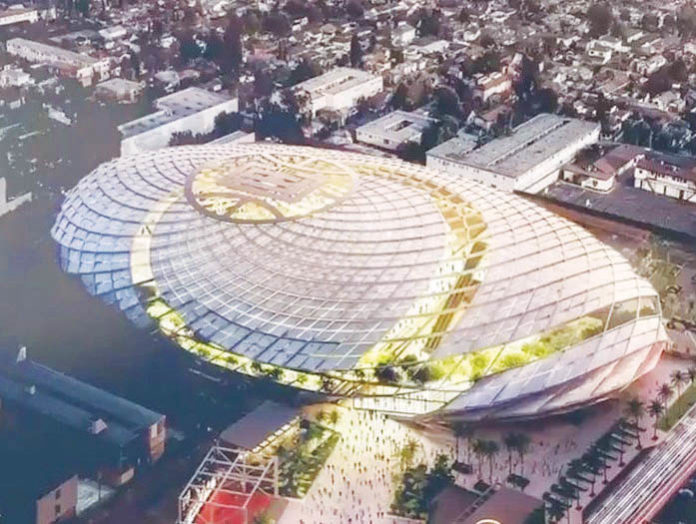 The ongoing legal war between The Madison Square Garden Company, owners of the Forum in Inglewood and Clippers owner Steve Balmer has reached Sacramento and landed in the offices of The California Air Resources Board (CARB).

A powerful coalition of advocates for the Clippers, led by Inglewood Mayor James T. Butts Jr., traveled to Sacramento to meet with Governor Gavin Newsom this week to resolve the latest impasse.

Recently the CARB was accused of racism by state legislators over delays in approving a proposed Clippers arena, putting the Clippers Arena at risk, all the while expediting approval for other sports complexes in more affluent communities.

“I have been a Black man all my life and I have made my way through the ranks as police chief in Santa Monica and Inglewood and now as mayor of Inglewood, so I don’t want to say that race in a factor,” Butts told Inglewood Today.

The California Air Resources Board (CARB) is the primary state agency responsible for actions to protect public health from the harmful effects of air pollution. From guiding the activities of 35 local air pollution control districts, to leading our states efforts to address global climate change, the CARB has pioneered many of the approaches now used worldwide to address air quality problems.

CARB slogan of “Developing Sustainable Communities Across California” has come under heightened scrutiny.

Inglewood is predominantly a minority community that has dramatically transformed under the leadership of Mayor Butts who was instrumental in bringing the Rams and Chargers to Inglewood and the massive mix development Sofi Stadium and Hollywood Park projects elevating the city into the conversation of the entertainment and sports capitol of the nation.

The CARB Board does not have any Blacks and there is one Black female on its executive leadership team in Veronica Eady who served as Director of Environmental Justice at New York Lawyers for the Public Interest, a non-profit civil rights law firm in New York City.

“They approved the Chase Arena in three days! They had 290 days to approve the Clippers Arena and there is no reason why it should not have been approved,” Butts said.

The Mayor raised concerns about projects in affluent suburban communities are approved by CARB, but adamantly stated that the Clippers Arena will get done. “It will get done there is no question about that,” conclud