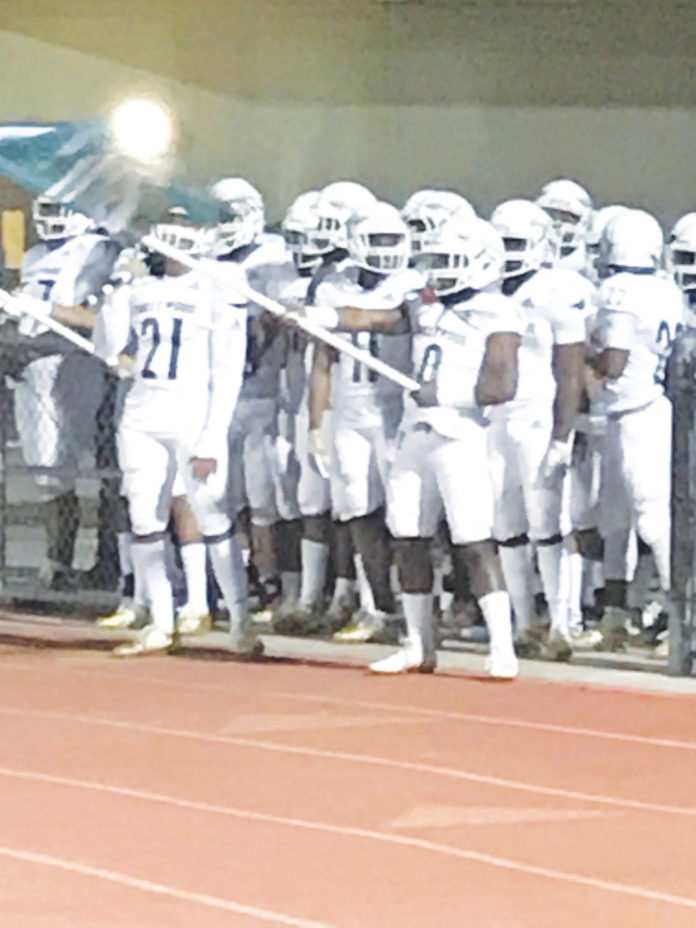 It came down to the final seconds and a two-point conversion as the No. 2 seed Inglewood Sentinels tasted defeat for the first time this season in the Division 13 semifinals against Esperanza at Yorba Linda High School on Nov. 22.

The Aztecs had already knocked off the No. 3 seed Fillmore the week before, but had not put up the offensive numbers that would give any indication that could keep up with the high scoring Sentinels.

Inglewood fans were nervous and there was good reason. No one this season had managed to contain the slick, swift footed running back Walter Gooding who blitz the Sentinels for 261 yards on 36 carries and four touchdowns.

Inglewood actually clang to a 41-35 lead with just about two minutes remaining in regulation, and that’s when the Aztecs pulled out every trick in the book, melting the clock and benefited by three critical Inglewood penalties.

With seconds remaining on the clock, the Aztecs converted a 4th down and goal play by using the quarterback as a decoy and directed snapped it to the running back for the score that put them down by one.

Then as most in the stadium anticipated, instead of settling for a tie and potential overtime, went for two with Gooding barely lunging for the pylon and the eventual winning score, 42-41.

The Sentinels were heart broken, but if this 12-1 campaign told us anything it is that Inglewood football is back for as long as Mil’Von James is the head coach.

Commentary: One Year Later – The Death of George Floyd and...