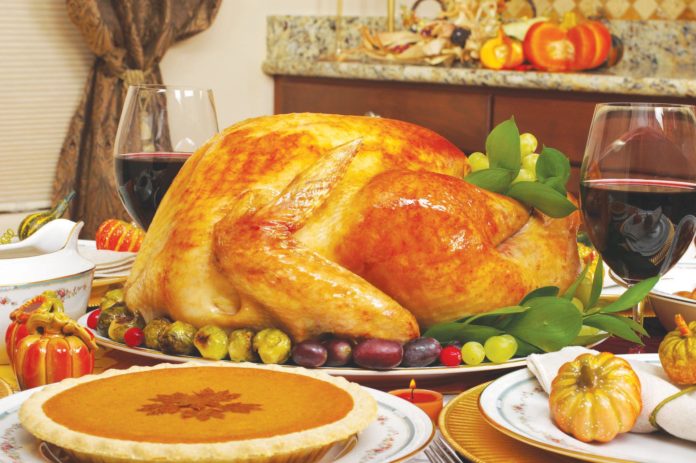 Unattended cooking, turkey fryers and overloaded outlets are among the hazards on the worst day of the year for cooking fires.

Unattended cooking, turkey fryers and overloaded outlets are among the hazards on the worst day of the year for cooking fires.

Be it the turkey, side dishes or pies, there’s a prized recipe for just about everything at Thanksgiving.

But, a recipe for disaster?

Unfortunately, there’s one for that too, no thanks to the nearly fourfold increase in home cooking fires on Thanksgiving that make it easily the leading day for such blazes.

Jake Heflin, a nearly 20-year veteran of the Long Beach Fire Department, knows firsthand the main ingredient for the staggering spike from the daily average of 470 cooking fires to 1,600 on Thanksgiving Day in 2017, according to the National Fire Protection Association.

“Unattended cooking, by far, is the leading contributing factor to these cooking fires and fire deaths,” said Heflin, a firefighter, paramedic, public information officer and CERT program manager for his department. “There is no question that you should make sure you stay in the kitchen when you are cooking on a stovetop. If you leave for even a short period of time, turn off the stovetop. Obviously, you should also stay in the home when you’re cooking your turkey and check on it frequently.”

Unattended cooking — especially frying — is the reason for 31% of the fires, which abound on the day before Thanksgiving as well, according to the fire association. Abandoned or discarded materials follow at 10% and heat sources being too close to combustibles make up 9%.

The safety hazards don’t end there, however, on a day when an estimated 46 million turkeys will be eaten and home fires lead to an average of five fatalities, 25 injuries and $19 million in property damage.  Damaged appliances and extension cords in addition to the overuse of those cords is a concern too.

“Appliances or anything with damaged cords should never be used and should be immediately replaced,” said Andrew Martinez, vice president of Safety, Security and Business Resiliency at Southern California Edison. “They are a safety risk because they no longer protect against shock or serious injury and could even spark a fire.”

And turkey fryers? The fire association still discourages their use and Underwriters Laboratories (UL) still refuses to certify them.

In often-cluttered kitchens while preparing for Thanksgiving, always make sure that combustibles like potholders, wrappers or dish cloths are not too close to hot cooking equipment.

In often-cluttered kitchens while preparing for Thanksgiving, always make sure that combustibles like potholders, wrappers or dish cloths are not too close to hot cooking equipment.

Q. Why should a timer be used when cooking?

Heflin: We get a lot of calls for food on the stove, they just forgot they were cooking, or somebody fell asleep and didn’t realize they left the stove on. We see a lot of what we call food-on-the-stove fires where they ran an errand or watched TV for a little bit.

Q. What about putting out a stovetop or oven fire?

Heflin: You can often smother the flames by sliding the lid over the pan and turning off the burner. For an oven fire, we talk about turning off the oven and keeping the door closed. We also recommend using a multipurpose, dry chemical fire extinguisher, but make sure you do not put water on those fires. Baking soda also can smother a fire.

Q. How crucial are smoke detectors?

Heflin: Make sure your smoke alarms are working and test them by pushing the test button to make sure they are fully functional. Smoke detectors save lives, there’s no question about it. They allow you the critical time necessary to escape your home. You should also have a conversation with your family to establish a home fire escape plan. And practicing that plan, not just having a discussion at the table.

Q. What about children and cooking for Thanksgiving?

Heflin: Keep children away from the stove. Kids should be kept a minimum of 3 feet away. Make sure kids stay away from hot foods and liquids, they can cause serious burns. And keep knives out of the reach of children and make sure they are not dangling off the counter within easy reach of a child.