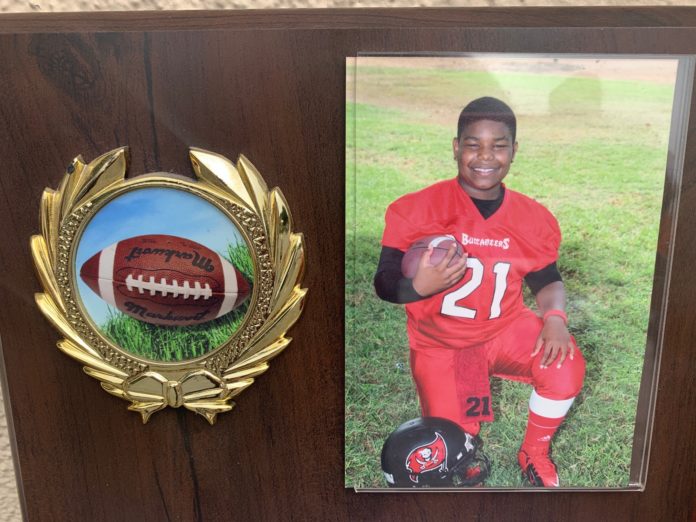 Kevin De’Shaun Lincoln, a 22 year-old graduate of Inglewood High School was shot multiple times on April 28, 2020 between 9p.m. and 11p.m., in the parking lot between Roscoe’s Chicken and Waffles on Manchester Blvd., and the Starbucks on the corner of Oak Avenue. Inglewood police responded quickly to the scene and indicated that Lincoln did not survive the assault. There were no witnesses to the shooting.

According to Lincoln’s sister, Jamilah Terrell, Lincoln was an intelligent and independent young man who was generous and considerate of others. Being the only brother with three sisters, he had great respect for women and was always very close to his family. He was also a standout football player on the South Bay Buccaneers and earned the nickname ‘Truck’ because of his exceptional skills as a running back on the football field.

“I really believe my brother had the potential to play professional football,” Jamilah said. “He loved the game, maintained excellent physical conditioning and had the mental attitude to succeed. His football coach was his mentor and he encouraged my brother to stay focused and be the very best he could be.”

Jamilah explained that her brother was not a street person involved in the trappings of gang-related activities. “Even though he grew up in Inglewood and he knew many of the young men who were involved in that lifestyle,” she said, “Kevin was not about that and that was evidenced by vthe fact that the police determined that he was a victim of crime providing $7,500 to be applied to his final expenses.

Jamilah has been in close contact with the Inglewood Police Detectives who are investigating the murder and she is hopeful that the surveillance cameras in the shopping center may lead to an arrest in this tragic shooting. Covid-19 has placed restrictions on funeral services at this time but after the arrangements have been finalized a viewing will be announced on social media.

Looking for a feline friend? Here are some tips for...

Women Power Through Holly Mitchell is new revolution on Supervisor...