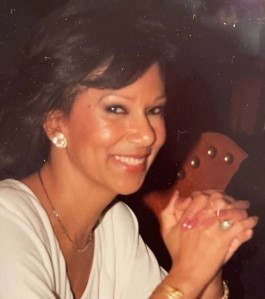 The tragic murder of Jacqueline Avant, the 81-year-old philanthropist and wife of legendary music executive Clarence Avant, saddened and shattered hearts throughout America.

Former President Bill Clinton— said he and wife Hillary Clinton were “heartbroken” by her loss.

“Jackie Avant was a wonderful woman, a great partner to Clarence and mother to Alex and Nicole, an active citizen & a dear friend to Hillary and me for 30 years,” he wrote on Twitter. “She inspired admiration, respect & affection in everyone who knew her. We are heartbroken. She will be deeply missed.”

NBA great Earvin “Magic” Johnson— “She had a beautiful soul, kind heart, & always had a kind word for everybody. She was quiet, yet powerful, & very smart,” he wrote. “We are crying for Clarence, Nicole & Alex’s loss. Our thoughts & prayers go out to the entire family.”

Danny J. Bakewell Sr., Chairman of Los Angeles Sentinel owner Bakewell Media and a longtime friend of the Avant family, said that Clarence is safe and “currently grieving, but resting with his family.”

“Words cannot express the pain and devastation we felt this morning over the senseless murder of our beloved friend/family member Mrs. Jackie Avant. Her brutal murder is not only a loss to her entire family but is a terrible loss to everyone who met her,” the statement read. “Her warm and kind personality was evident to everyone who came into contact with her, and her loving smile was a Blessing to us all… Our prayers go out to Clarence, Nicole, and Alex as they try and navigate through what has to be the most difficult time in their lives.”

Oprah Winfrey –“Grace is one of those things you can’t predict. It doesn’t just come, it shows up and blesses you,” Oprah Winfrey, a friend of Avant, told Variety during an emotional conversation this weekend. “That is how you always felt if you were in Jacquie Avant’s presence. She showed up and you were blessed. Her motivation was just to give what she had. I certainly felt that with myself, and in all the work that she did in her charitable giving. It’s what she knew, what she had been exposed to and aspired to. That’s what she was willing to offer to other people,” Winfrey recalled through tears.

Pharrell Williams— “She was the matriarch of our community,” multi-hyphenate star Pharrell Williams said of Avant. “While I was not born and raised in LA, when I say ‘our community’ I mean amongst Black people. But all other communities looked at her as a shining, living example of elegance. Someone beyond everything that they had accumulated whose wealth was experience.”

Mattie McFadden-Lawson, friend and wife of LA Urban League President Michael Lawson— “She never sought after the limelight. She had her own life.” “And wherever she went, she would light up with her presence, because she was just a very elegant woman, always extremely well-dressed, well-spoken and she cared.”

Kerman Maddox, Managing Partner Dakota Communications “They were the quintessential team and clearly the most powerful African American married couple in Southern California, if not the entire West Coast,” said Kerman Maddox, a political consultant and friend of the Avants for more than four decades.