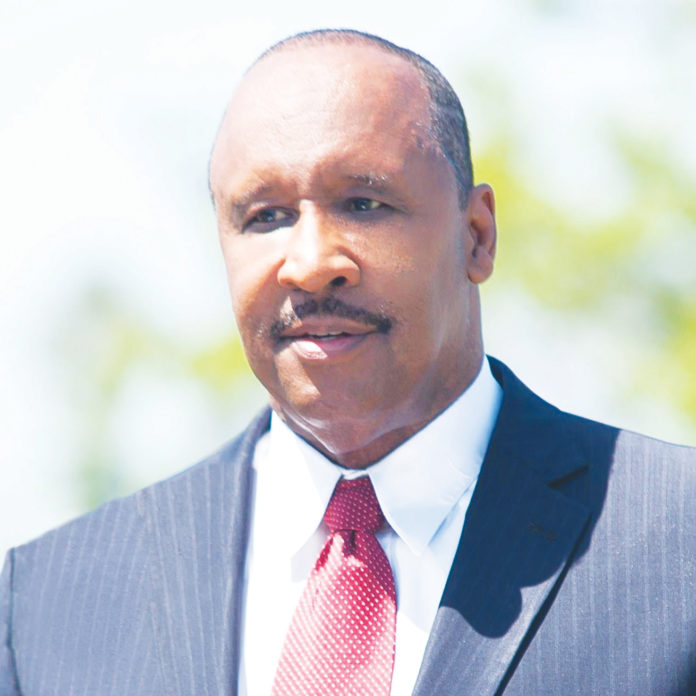 As talks of a potential purchase of the landmark Forum in Inglewood heats up between Madison Square Garden Co. and Los Angeles Clippers owner Steve Ballmer, Mayor James T. Butts Jr. is monitoring the situation with a laser focus on all local development projects.

The Mayor spoke for the first time publically since published reports surfaced that the ongoing legal litigation that created a schism between Inglewood community groups and community stakeholders might reach a conclusion.

Although no agreement of the reported purchase has been confirmed nor discussed by either Ballmer or MSG, it has been reported that talks are in the advanced stages and a deal could be imminent.

The Clippers released a statement about the negotiations but did not confirm the “advanced” part:

“The Clippers continue to pursue plans to build a state-of-the-art, 18,000-seat basketball arena and entertainment complex in Inglewood and are currently working with the city to successfully complete the comprehensive Environmental Impact Report.

We are examining every possible way to resolve our differences with Madison Square Garden Co. regarding our new arena.”

MSG owners have spent millions in an effort to block the Clippers from building a state of art 18,000 seat sports and entertainment complex down the street from the Forum at 102nd St. and Prairie Ave.

With SoFi Stadium opening for business this year and the Clippers Arena targeted to open for 2024, there would be little chance that all three venues could be economically viable.

The Clippers intend to also move their entire corporate offices from downtown Los Angeles to Inglewood.

As purchase of the Forum continues to gain traction, Inglewood residents are interested as to what will happen thereafter.

Reports speculate that the Forum would continue doing business as usual until the Clippers Arena is complete and cease operation as a concert venue afterwards. The Forum, where the Lakers and Kings hockey team played for years was purchased by MSG from Faithful Central Bible Church and then invested an estimated $100 million in renovation.

“My intent is to have maximum opportunities for residents of Inglewood with all development projects if this (purchase) is consummated,” Butts told Inglewood Today.

“I stand solidly behind Steve Ballmer of the Clippers who have stood shoulder to shoulder with the City to make this a reality.”

In Support of Black Votes Matter