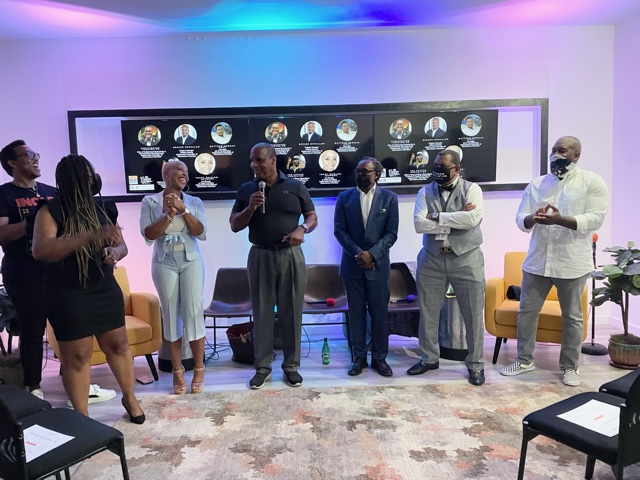 At last week’s “IAACC Black Business Monthly Mixer”, which is hosted by the Inglewood Airport Area Chamber of Commerce, Mayor James Butts made the impromptu announcement that the Los Angeles Clippers have officially sealed the deal to call Inglewood their new home.

Construction on the new facility will begin this summer, 2021, and is projected to be completed in time for the 2024-25 NBA season. The Clippers are currently in the middle of a 10-year lease at Staples Center, which will end after the 2023-24 season.

The 18,000-seat arena will be named ‘IBEC’, short for ‘Inglewood Basketball and Entertainment Center’, and will be located just south of SoFi Stadium. It will also include a practice facility, sports medicine clinic, team offices, retail space, and a large outdoor plaza.

This won’t be the only property on the block for Clippers owner Steve Ballmer. Last year, Ballmer completed the purchase of The Forum amidst relentless legal battles with The Forum’s then-owner, Madison Square Garden Company.

In 2018, Madison Square Garden Company filed several lawsuits to prevent Ballmer from building his new Clippers arena so close to The Forum. The company saw the project as direct competition to The Forum, due to the fact that Ballmer was planning to also use the new arena for concerts and entertainment space– The Forum’s bread and butter.

But the legal battles ended when Steve Ballmer purchased The Forum from Madison Square Garden Company for $400 million in cash.

Now, with both The Forum and IBEC under the ownership of Steve Ballmer, both spaces will host concerts and entertainment, but only one will be home to the LA Clippers.