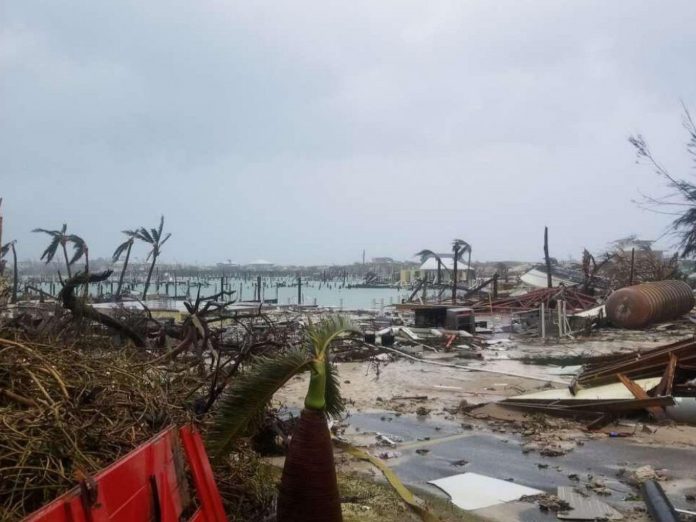 Congresswoman Maxine Waters, Co-chair of the Congressional Caribbean Caucus, issued a statement of support for the Bahamas in the aftermath of Hurricane Dorian, which, according to the National Hurricane Center, “battered the Bahamas… with wind gusts of up to 150 m.p.h., storm surges as much as 15 feet above normal tide levels and devastating flooding from up to 30 inches of rain.”

“I am heartbroken and terribly worried by the reports of mass devastation and flooding in Grand Bahama and Abaco Islands in the aftermath of Hurricane Dorian. During my husband, Ambassador Sidney Williams’, tenure as the U.S. Ambassador to the Commonwealth of the Bahamas, and through my work in Congress as a co-chair of the Caribbean Caucus, I have created many long-lasting friendships with the people of the Bahamas, and have an enduring love for the entire nation. I am deeply concerned about the well-being of many of our dear friends with whom we have not been able to make contact, as well as for the safety and recovery of the Commonwealth in the aftermath of this horrific storm.

“While the full scope of the hurricane’s destruction is still unknown, we know that Hurricane Dorian is one of the worst natural disasters to ever face the Bahamas, and that the storm has already resulted in the death of seven people, displaced hundreds of families, and caused widespread damage to homes and building structures. My prayers and heartfelt sympathies are with the families of the victims and all those who have been impacted by this horrific storm. Rest assured, the United States is standing with you during this difficult time, and we will do all that we can to aid in recovery efforts in the coming weeks and months.”

The hurricane clobbered the Bahamas for 48 hours. Thousands of homes are believed to be damaged or destroyed and tens of thousands don’t have drinking water. Seven people were confirmed dead on the Bahamas’ Abaco Islands and officials expect the death toll to rise. Hurricane Dorian is slowly making its way up the Southeast coast, hitting much of Florida with strong winds and heavy rain. Dorian was still a strong Category 2 hurricane but much weaker than it was a few days ago.

However, the storm has widened, meaning it could reach a much larger area along the coast. In the Bahamas, parts of the nation of low-lying islands were in ruins.

Two more deaths were confirmed overnight, bringing the official total to seven. The country’s prime minister said he expects that number to rise.

As of 12 p.m. EDT Wednesday, Dorian had maximum sustained winds of 105 mph, the National Hurricane Center said. Its core was some 95 miles east-northeast of Daytona Beach, Florida, and about 195 miles south of Charleston, South Carolina.