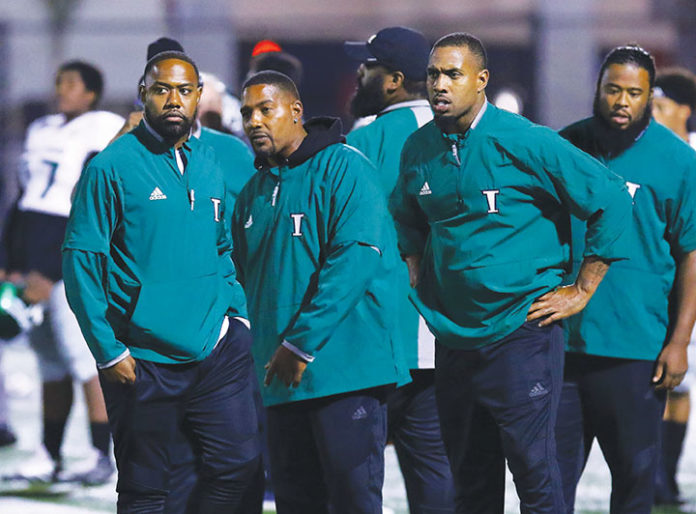 Coach Mil’Von James is on the doorstep of making history in his first season as Inglewood High School football coach.

The mighty Sentinels plowed through yet another CIF-Southern Section D-13 opponent, blasting away Santa Monica 60-21 to advance to the semifinals on Friday Nov. 22 at Yorba Linda against Esperanza of Anaheim.

Santa Monica became for first team in more than a month to score a touchdowns on the stalwart Inglewood defense.

The Aztecs (8-4) are led by senior running back Walter Gooding who averages 7.4 yards per carry on 2019 yards and 19 touchdowns. He averages almost 170 yards rushing per game and will be a load for the Sentinels to contain.

However, it this game turns on offense, the Sentinels will advance to the championship game next with a date  with destiny in the balance.