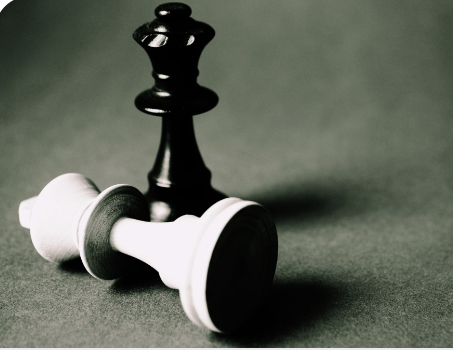 In the game of chess, the Queen is the most powerful position on the board. Kamala Harris is not only a Queen, but she is the definition of Black Girl Magic because she played the hand that God dealt her to perfection. She is now the Vice President of The United States of America, the second most powerful person in the World.

Vice President Kamala Harris is the perfect example of someone living The American Dream. This is a woman who was born in Oakland, California. She is a daughter of immigrants, who was raised by a single mother. She went to a Historical Black College for undergrad, and she has been breaking glass ceilings ever since. It is her ambition, that today is causing the Nation to dream a lot bigger.

I started volunteering for Vice President Kamala Harris in November 2019. A lot of my friends thought I was crazy. They judged Kamala because of her past record as a D.A. in San Francisco, and they rightfully should have. But I saw things differently, as a Christian I know that God can use our past indiscretions for the greater good. Meaning Kamala could have learned from her past career, and subsequently she can be chosen to be an effective game changer.

In December 2019, when Kamala Harris dropped out of the election I was confused. I never believed for one minute that she ran out of money. I thought, “The first black woman to become a Senator in California is not running out of money to campaign. That sounds ridiculous”. Kamala Harris is way too smart and too savvy, and as she said it herself, “She does not take no for an answer”. Anyone who thinks Amy Klobuchar and Andrew Yang can outraise Kamala Harris is naive. What I believe “really happened” is that she only ran to expose herself to The Nation. I believe she was always aiming to be Vice President because of how different she was from her predecessors: being female, African American and Asian descent, going to a Historical Black College, being a prosecutor and more. She knew that she needed someone like Joe to open the door for her, and in the end, Joe needed her and the power of Black Girl Magic to get elected.

Life is more about how you play the game, then the cards you are dealt. In chess, a Queen is the most powerful position on the board, but in life you must become one to gain that power. Luckily, in life the only difference between a Queen and a pawn is how you use your brain. With that said, God has extreme favor over Vice President Kamala Harris.  She is beautiful, smart, and extremely powerful. Hopefully, she stays in alignment with God and our ancestors, and uses her power to help emancipate minorities and women from our unjust criminal and foster care system. (We also have to cultural start pushing family, healthy eating and education more, which just her presence does). Because Too Much is given, much is required, and now that she on that Throne she must deliver for the people, or in 2024… The people will Checkmate!