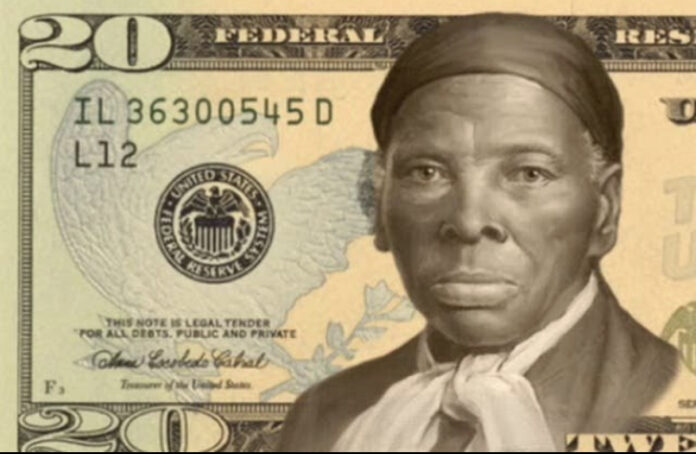 Just this past week, President Biden’s Administration announced that they will speed up the efforts to put Harriet Tubman on the $20 bill. The Trump administration delayed this effort by literally halting the plans of its release, which was supposed to happen in 2020. Harriet Tubman, also known as Moses, was a freedom fighter. Placing the most prolific person to architect the underground railroad on our currency is a Big Deal.

Think about it… in America how is white supremacy reinforced? It is not through religion. I often hear people talk about the color of Jesus. The color of Jesus has nothing to do with white supremacy in the United States of America. You can say that about some Catholic countries who have white Jesus everywhere, but I cannot even tell you the number of times I have seen white Jesus in America. Jesus is not even referenced in any of our national songs. Our songs all mention “God” so its up to your interpretation who God is. As a Christian, I jokingly tell my friends, “America needs more Jesus no matter what color he is.”

White Supremacy in a Capitalistic country like ours is enforced by money. Which is why wealthier people are treated better regardless of race. In Brazil, race is such a socio-political construct that regardless how much melanin you have if you are rich you classify yourself as white. They are more direct about racism being linked to classism than we are. But it is true… Oprah, Beyonce, Jay Z and more their reality is more aligned with a white person’s reality than a black person’s reality. This is not to say they do not experience racism, but they have the money and power to buy their way out of those uncomfortable situations.

This week, President Biden also rolled out the “Buy American” plan. This is a plan to encourage Americans to buy goods and services produced in America. This is great for The Black Community because “Buying Black” is buying American. I suggest that we think of everything that we purchase from non-black communities and start to make it ourselves locally, not from China and stick a label on it. This will close the wealth gap and boost our national GDP simultaneously.  Believe it or not even republicans want to see Black America win more than the media is depicting. Everyone is tired of the thug and prostitution culture; together, we must start holding our government, our communities, and our celebrities ACCOUNTABLE.  I am a firm believer that when Black America wins, everyone wins.

Talk about winning, Master P is leading the entrepreneur movement by encouraging black men specifically to think outside the box about entrepreneurial endeavors.  He just announced teaming up with an ex-Tesla engineer to start manufacturing cars.   Who would not buy a Tesla-like car made by a black man? Look out Cadillac because Master P is coming… To quote John Amos in Coming to America, “He’s got his own money… and baby when I tell you the boy has his own money, I mean the boy has got his own money.”