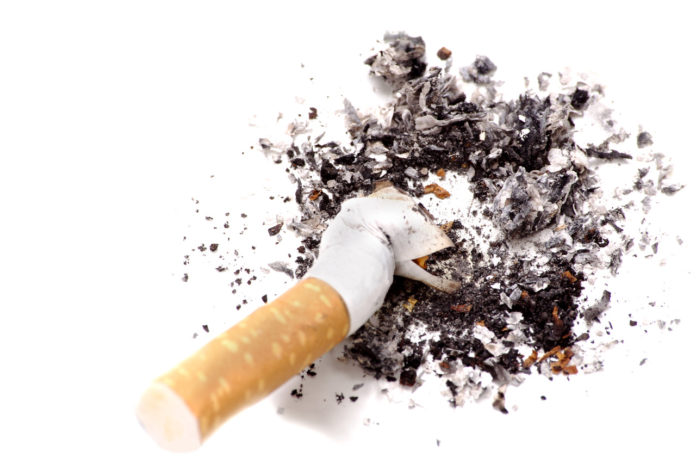 Seven out of 10 African American youth between ages 12 and 17 who smoke use menthol cigarettes, according to the Centers for Disease Control and Prevention (CDC).

And a higher percentage of Black adults who smoke began using menthol cigarettes (93%) — that’s more than two times higher than the number of White adults who did the same (44%), according to the CDC.

The two top-selling mentholated cigarette brands in the United States are Newport and Kool.

Anti-Tobacco advocates say these numbers are alarming. So, two of the nation’s top organizations committed to decreasing the use of tobacco in the United States are taking legal action to end the consumption of menthol by African Americans, calling them chemically unhealthy and deadly. They want it eliminated from all tobacco products.

The two groups, the African American Tobacco Control Leadership Council (AATCLC) and Action on Smoking and Health (ASH) formally announced their joint lawsuit against the Food and Drug Administration (FDA) during a ZOOM news conference on June 17.

“We are suing the United States’ Food and Drug Administration for their failure to enact public health policy that protects the health and welfare of African Americans,” said Carol McGruder, co-chair of AATCLC.

Represented by Pollock Cohen, LLP, a New York City-based firm, the complaint requests that the court compel the FDA to act on the organization’s own conclusion that it would benefit the public health to add menthol to the list of prohibited cigarette flavors in the United States.

The AATCLC and ASH’s lawsuit also asks the court to carry out its duties under the Family Smoking Prevention and Tobacco Control Act. That action would also result in the removal of menthol-flavored tobacco products from the marketplace.

In California, there is no statewide ban on the sale or possession of flavored tobacco products. However, a growing number of communities in the state are banning the sale of them. So far, more than 30 jurisdictions have placed restrictions on the sale of mentholated cigarettes. San Francisco County was the first county in the state to ban menthol cigarettes in the summer of 2017.

In an effort to protect the public and design a healthier future for all Americans, the Family Smoking Prevention and Tobacco Control Act (Tobacco Control Act), was signed into law on June 22, 2009, by President Barack Obama.

“When the Tobacco Act was signed, all characterizing flavors were banned from cigarettes. All except menthol,” McGruder said. “Menthol was inexplicably given a pass. Characterizing flavors are the building blocks to nicotine addiction. As we witnessed last year with the nicotine baby epidemic, flavors seduce children (and) nicotine hooks them.”

The Tobacco Control act gives the FDA authority to regulate the manufacture, distribution, and marketing of tobacco products, including:

Company Will Pay You $125 to Participate in Research Project