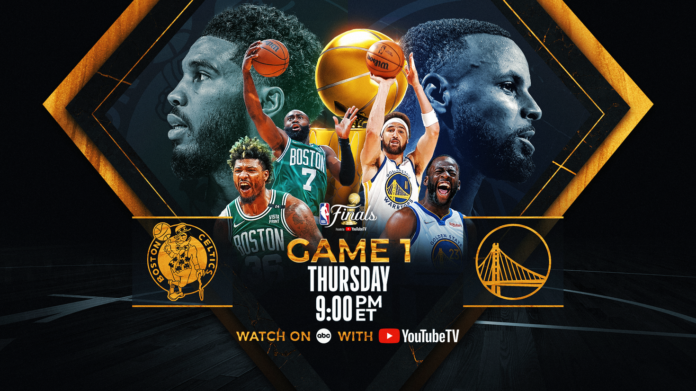 The Warriors didn’t need directions to reach the 2022 Finals because they’re making their sixth appearance in eight years. Hard to forget that route down the beaten path when your GPS stays current even after two dry seasons, and oh yeah: Having Stephen Curry, Klay Thompson and Draymond Green around for another trip doesn’t hurt.

The twist this time is the Warriors are bringing a whole new supporting cast, made possible by the unexpected surprises of Jordan Poole and Andrew Wiggins. The former made 11 appearances in the NBA G League last year, the latter was trapped in reputation jail. Not only did they elevate beyond their projected ceilings this season, they showed the toughness necessary to prosper in the playoffs despite their inexperience under the bright lights.

And so the Warriors are back and thirsty for more champagne and thoroughly qualified to raise the trophy for a fourth time since 2015. Their veteran trio is championship-tested and the infusion of youth and quickness makes for a winning combination.

Meanwhile, this Celtics team is also trying to add to the franchise trophy case, one that’s bigger than the Warriors’ — and that of everyone else other than the Lakers.

Boston traveled the longer road to arrive here, beating Kevin Durant and Kyrie Irving, then sweating through a pair of seven-game series with the defending champion Bucks and the Heat, although sometimes that makes you tougher and tightens your resolve. Jayson Tatum is encroaching on superstar status and Jaylen Brown has proven to be a capable sidekick. Both are superb two-way players and, along with Marcus Smart, make Boston an elite defensive club.

1. Will Curry finally emerge on top? Not from a team standpoint — he already owns three titles — but as an individual? Curry was never the best player on the court in the Warriors’ five trips to The Finals, partly because the competition for that honor was steep (LeBron James, Kevin Durant), partly because Curry for some reason seemed a level below his own standards and Andre Iguodala often elevated. After securing the All-Star and Western Conference finals MVPs this season, maybe the elusive Finals MVP is within his reach this time.

2. How much will Draymond Green defend Jayson Tatum? It would seem natural for a former Kia Defensive Player of the Year to be assigned to such a lethal scorer. But Green only partly guarded Luka Doncic last round and that assignment went primarily to Andrew Wiggins. Wiggins will likely get the Tatum task if only because he’s a better athlete and did decent work against Doncic. Still, if Tatum gets Wiggins in foul trouble, Green is the only logical and most qualified candidate.

How an old veteran and a new coach sparked Boston to The Finals.

3. The Celtics are the bigger team. They need to flex that muscle in ways the Mavericks couldn’t in the West finals against Golden State. Al Horford is having a renaissance and Robert Williams III, assuming he’s healthy, is an athletic rim protector. Grant Williams plays big and, if needed, there’s Daniel Theis. Boston can exploit this mismatch and force the Warriors to adjust if not completely re-think their small-ball approach.

+94 — Over their 16 playoff games, the Warriors have been outscored by seven points over the first three quarters. But they’re a plus-94 in the fourth. There’s some garbage time mixed in there, but the Warriors are 4-3 in games they trailed after the third period after going 7-19 in such games in the regular season. In the 26 years for which we have play-by-play data, the only team with a better playoff record in games they trailed after the third (minimum five such games) was the 2010-11 Dallas Mavericks, who were 6-4 when trailing after three.

The Warriors are also 8-0 when leading after the third quarter. Over their 16 games, they’ve outscored their opponents by 25.4 points per 100 possessions in the fourth quarter, the best mark for any team in any quarter in these playoffs and what would be the second best single-quarter mark in the last 10 years for a team that has advanced past the first round. (The only better mark belonged to the 2018 Warriors, who were plus-30.0 per 100 possessions in the third quarter in the playoffs.)

Stephen Curry, Klay Thompson, Jayson Tatum and Jaylen Brown — among others — give the 2022 NBA Finals plenty of superstar power.

This edition of the Warriors has won the fourth quarter by double-digits twice as many times (six) as it has lost the period (three — once in each series). The dominance has been mostly about offense, with the Warriors scoring 133.9 points per 100 possessions over those 192 minutes. Stephen Curry has played only half of the team’s fourth-quarter minutes, but his best shooting numbers from the field (53%), from 3-point range (44%) and from the free throw line (90%) have all been in the fourth quarter.

The Celtics have been the best second-quarter team in the playoffs (plus-17.2 points per 100 possessions), and have been more than solid (plus-8.4) in the fourth. With their escape in Game 7 of the Eastern Conference finals, they’re 10-1 when leading after the third quarter and 2-5 when trailing after the third.