Professional golf’s most storied event could have the game’s most electrifying player tee off.

Just one year removed from a horrific car accident that left him worried about losing a leg, Tiger Woods is preparing a comeback for the ages at this year’s Masters, which opens Thursday, April 7, at Augusta National.

The recently minted Hall of Famer completed a practice round, and, while he hasn’t confirmed, multiple golf writers said they expect Woods to play.

Former golfer Shooter McGavin claimed Augusta National would allow Woods to ride a cart if he chooses to play.

“This is a pure opinion; I don’t know anything more than the rest of you. But I have reached the point where I would be surprised if Tiger Woods does not play in the Masters,” Golf Digest Writer Dan Rapaport said.

Golf Magazine’s Michael Bamberger said Woods could easily wait until Monday, April 4, before the tournament, before the groups for the first two rounds are announced, before announcing his intentions.

“What we know with certainty is this, not because of anything Woods has said, but because we’ve been watching him for more than 25 years: If he can play, he will. That’s in his DNA,” Bamberger wrote.

On February 23, 2021, having already come back from multiple back surgeries, Woods lost control of his vehicle near a hillside outside Los Angeles.

The frightening photos published in the wreck’s aftermath left many wondering if Woods would survive the accident. He later revealed that he feared amputation.

“It’s been tough, but I’ve gotten here, I’ve gotten this far, and I still have a long way to go,” Woods said in February.

And at an emotional ceremony to induct Woods into the World Golf Hall of Fame at the PGA TOUR headquarters in Florida in March, the usually guarded and composed legend was reduced to tears.

“Dad, I inducted you into the ‘Dad Hall of Fame’ a long time ago,” the 14-year-old remarked.

Sam also provided insight into the state of the Woods family in the immediate aftermath of the accident.

“We didn’t know if you’d come home with two legs or not,” she said. “Now, not only are you about to be inducted into the Hall of Fame, but you’re standing here on your own two feet. This is why you deserve this because you’re a fighter.”

That fight again faces a significant test if Woods, the owner of 15 major championship victories, does appear at The Masters.

His former swing coach, Hank Haney, believes Woods could win his 16th major if he plays.

“So, he’s saying I can walk no problem on a treadmill, but it’s not the same as walking on the golf course,” Haney said during his “The Hank Haney Podcast.

“No, it’s not, but you can tilt your treadmill on an incline, and I promise you he has it on an incline … He’s doing beach walks … walking in the sand … that was a month ago, two months ago? Plenty of time to make some more progress … it sounds like he’s made a lot of progress.”

Earlier, Haney proved more definitive in his assessment of Woods.

“I’ve been saying this for a year. If Tiger can walk again, he can win again.” 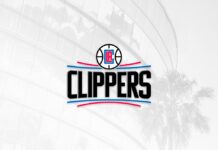 The LA Clippers have announced their 2022-23 Training Camp roster