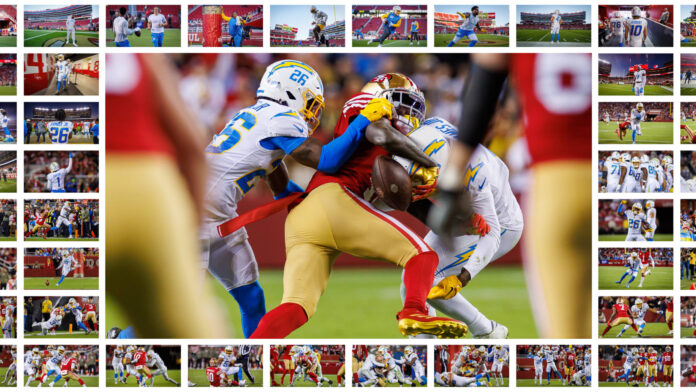 If kudos were given for effort, the Chargers would be in line to receive a bowl full after Sunday’s game. The Bolts went into San Francisco Sunday night with a roster decimated by injuries. The fight the Chargers showed in this contest was admirable. However, NFL football is a “Grown Man” league and regardless of the situation, nobody is feeling sorry for you. Next man up is a common phrase used by teams as it relates to injuries that occur on a weekly basis. The Chargers have been in this situation for multiple years now and this can’t be a string of bad luck, can it? A curse? Perhaps the issue is bigger than what we see on the surface. Maybe the strength and conditioning program needs to be examined closely to determine why Charger players continue to drop on the “regular” every single season. The Bolts already thin at D-line released Jerry Tillery last week which made no sense. To add insult to the growing injuries, two defensive linemen (Otito Ogbonnia and Christian Covington) suffer season ending injuries in the 49’er game Sunday night. Go get Tillery back on the roster, right? No, he has now been claimed by the Raiders. At 5-4 and a defensive line held together with super glue, the Chargers look to be in trouble with Patrick Mahomes and Travis Kelce coming to town for Sunday Night Football at SOFI stadium. Bolt fans are praying for Keenan Allen, Mike Williams, Donald Parham, or a combination of all three to be available targets on Sunday. The Chargers gained a staggering low of 62 yards on 5 offensive drives in the second half on Sunday against the Niners. As I mentioned last week, Herbert will have to use his legs (Run the ball!) for the Chargers to move the ball without the top two receivers in the lineup. If Herbert takes off running (as he has proven to be good at), it will force teams to relinquish the over-the-top zone defense being played against the Chargers offense and allow for receptions of more than 4-5 yards that fans are now seeing as a nightmare in their sleep. Nothing will cure the Chargers woes like a victory over the AFC West division leading Kansas City Chiefs. The Bolts can beat this team and has proven to be more than competitive every time they play them. At some point, the Chargers have to take down the Chiefs, and win a meaningful game when the stakes are high. Sunday Night is a great opportunity to do just that. Respect is earned, now go get some Chargers.
Turn out the lights! The Party’s over!
Los Angeles Rams, congrats on your Super Bowl win from last season. The honeymoon and the 2022-23 season is officially over. Surgery is now required for the Rams best and only offensive game changer in Cooper Kupp and he is being placed on the injured reserve. Again, this season in finished. It will be interesting to see how much grit the team has remaining to finish the season. The Rams went “All-In” last season (like the 2020 Lakers) to chase the title. They got what they set out to obtain which is a Super Bowl Championship. The All-In strategy is not designed to build long term success and the repercussions are vast. It will take a herculean effort for Les Snead (Rams General Manager) to put together another championship caliber roster soon. With no first-round draft pick and only three picks total in 2023 (a 2nd, 3rd, and 7th) there is a lot of work to do. I predict the Rams go 4-4 in their last 8 games and finish the season at a miserable 7-10 missing the playoffs. There will be no more Super Bowl meat on the bone as the Rams head to the off-season. The one thing Ram fans can count on is that Sean McVay won’t go down without a fight. 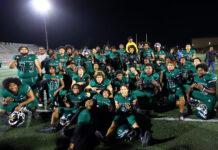