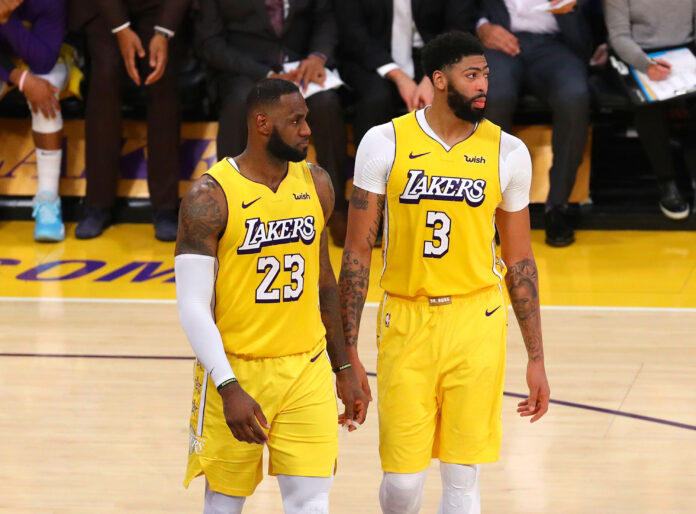 As the saying goes, two heads are better than one.

In just their first season together, LeBron James and Anthony Davis were the best duo in the NBA this season, respectfully. The champions eliminated Portland, Houston, Denver and Miami before winning their first NBA championship in purple and gold.

And their championship run was far from uncomplicated.

The teams the Lakers faced on their championship journey were not horrendous. The Blazers were deemed as the “most lethal 8th seed of all time” the Rockets had two Hall of Famers in Harden and Russ, and Denver came back from a 3-1 deficit twice. The Miami Heat also beat a No.1 and No.3 seed in the Eastern Conference to earn their spot in the NBA Finals.

Not only did they send four teams home, they’d had to do it in an empty arena with no fans cheering them on. But anything is possible with two All-Stars on the roster.

The Lakers were also 18-1 this season when Davis and James combine for 60 points, including the playoffs. That is the 2nd-best record by a duo in NBA history (min.15 games). Of course, the only duo better was Kobe and Shaq in 2000 (.952 win pct.- via Elias).

With that being said, it’s safe to say Davis and James are the greatest duo since Bryant and  O’Neal.

Despite duo’s like Stephen Curry and Klay Thompson, Kevin Durant and Kyrie Irving, Russell Westbrook and James Harden, Kawhi Leonard and Paul George – we can arguably say that James and Davis are the best duo in the league right now.

Curry and Thompson AKA the splash brothers are known for their backcourt shooting and are said to be most dominant three-point shooting duo.

Kevin Durant and Kyrie Irving has yet to play a game together but both received NBA 2K20 ratings in the 90’s.

Russell and Harden were then highest- scoring duo in the league this season and were on pace to become the highest-scoring duo of the last 50 years.

Leonard and George were predicted to be the first duo to stop James from recapturing the throne.

At the end of the day, not only do you have to win a title to prove you are the best duo in the league, you have to have chemistry and make your teammates better. Davis and James have accomplished all three. Which is why they are the best duo since Bryant and O’Neal. It’s not remotely close or open for debate.