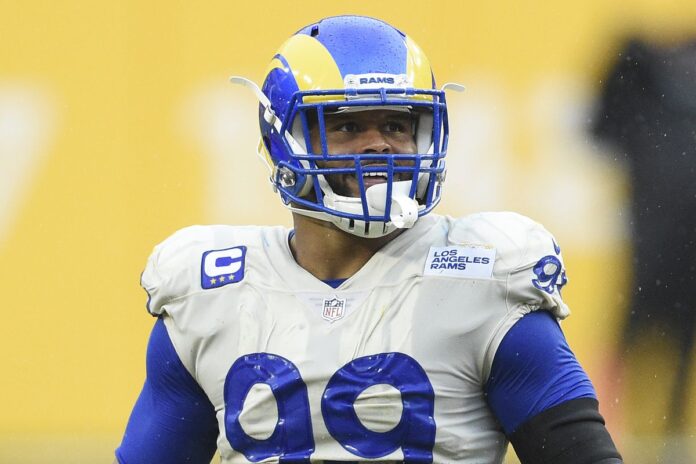 After tying his career-high for sacks in a single game with four against Washington, Rams defensive lineman Aaron Donald has been named NFC Defensive Player of the Week for Week 5.

Donald first recorded four sacks in a game in Week 7 of the 2018 season against the San Francisco 49ers. Last week’s performance brought Donald to 7.5 sacks on the 2020 season, most in the NFL entering Week 6.

This marks the seventh time in Donald’s career that he has won conference defensive player of the week honors, most recently receiving the recognition in Week 11 of the 2019 season. 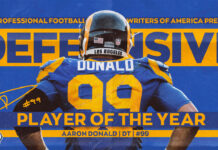 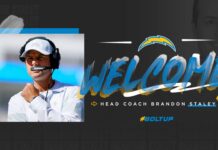 Chargers Agree to Terms with Brandon Staley as Head Coach

WWE is Another Inglewood Crowning Affair