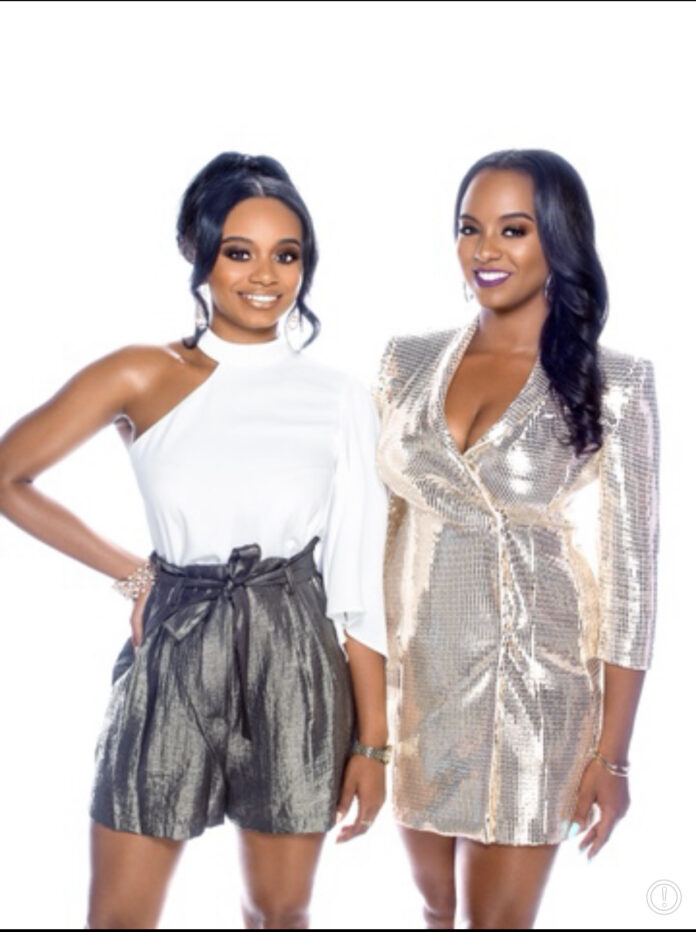 It’s a Taco Tuesday at the Regency West located in Leimert Park and as the line outside continues to grow, Ashley Calloway wearing a red sweat shirt and grey sweat pants is directing security to hold the line.

While the music blasts outdoors, the scent of grilled tacos permeate the air, dominoes are being slapped on one table, a birthday celebrated at another, organic soap and incense being peddled in the back, the mood is festive and all of the COVID-19 regulations are being enforced.

This is the one place where urban Blacks gather religiously to smoke cigars, enjoy cocktails and enjoy the time of their lives.

At the helm of this operation is the next generation of family business owners, the daughters of acclaimed actress Vanessa Bell Calloway and business mogul Tony Calloway who along with his father Fred owns the Regency West and the rest of the block at occupies it.

Meet 30-year-old Ashley and her 26-year old sister Alexandra, the co-owners and acting general managers of the landmark Regency West.

Any notion one might have that these are two cute young women are riding on the family legacy can just as swiftly shove that aside.

For as long as they can remember a work ethic was instilled during dinnertime that consisted of hearty meals and conversations of their responsibility to resume the family business.

Fred is the matriarch; at 83 years old he still drives and has been a strong influence on both the girls.

“We have the best relationship. My grandfather is someone that my sister and I look up to. We talk to him all the time. He still so business minded, attentive and loving. He’s just so proud of us. He’s our everything,” Ashley explained to Inglewood Today.

Along with Alexandra they run the day to day operations of the Regency West with their father Tony overseeing, but make no bones about it they are to two all hands on deck girls.

Instead of following in the footsteps of their mother, famously known as the character Imani Izzi in ‘Coming to America’, they aspired to follow the family’s business side.

However it does not imply they are not involved in the entertainment business, quite the contrary.

While they may not act like mom, they are intimately involved behind the scenes.

They both work day jobs. Ashley runs actress Issa Rae Management Company as a literary manager responsible for securing work for Black screenwriters and producers in the industry.

Meanwhile the soft-spoken Alexandra recently graduated from the prestigious New York Film Academy and is currently directing an untitled documentary.

“You have to kind of know everything to the tee because you are calling the shots. You are the one saying action and knowing how long you have for a shot. You have to be very organized and pay attention to detail just as I would do in business and it has transformed into managing the Regency West,” Alexandra added.

Ashley elaborated on the importance of have a “real” job that inspires the passion to operate the Regency West.

“Very much so transferrable skills because to have our real jobs is really helpful because it gives of passion to do the business of the Regency West because we have something else too and that one thing coincides with the other. And the fact that we are able to use that space for our entertainment endeavors. The Regency has been used to shoot comedy specials and short films.”

The family has owned the block that occupies the Regency West since 1974 and it has been the cornerstone of business ever since.

Credit both parents Vanessa Bell Calloway and Tony with deciding their daughters were capable of handling the responsibly of ownership.

Ashley and Alexandra have demonstrated they are steely capable, intellectually qualified and committed to continue a legacy built on star power, hard work and sacrifice.