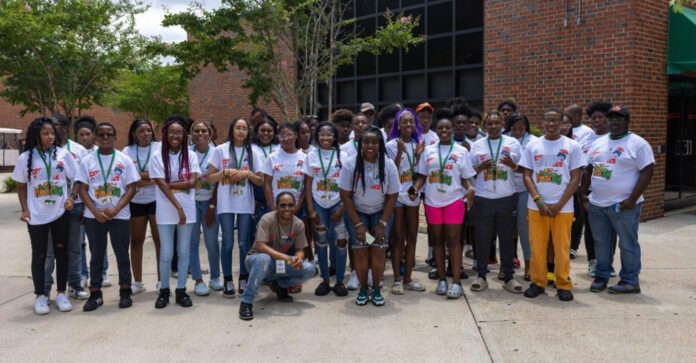 THE ATLANTA VOICE — “This is a very male-dominated industry,” said founder and chairwoman of The Black Collegiate Gaming Association (BCGA) Keshia Walker. “I have faced a lot of sexist issues. A lot of men in this industry are very threatened by women, and unfortunately, a lot of it is coming from men that look just like us. They are threatened by the fact that a woman is coming in and doing something about some areas that have been underserved for a long time.”

By Christina Norris | The Atlanta Voice

“First and foremost, the purpose of the Corners to Colleges program is to let high school students know that the gaming industry is more than just playing the video games at home,” said founder and chairwoman of BCGA Keshia Walker. “Secondly, [they receive] exposure to HBCU life and what it’s like to stay at an HBCU. Third, [they’re introduced] to all things related to gaming and technology.”

Walker made history in May by becoming the first African American woman to own a collegiate esports and gaming company in America. According to the association’s website, BCGA’s  purpose is “to pivot Black and women of color college students into the overall gaming industry, not only as consumers but as contributors.”

“I have to give all the credit to my nephew, who was 11 then, “ said Walker. “He told me that he wanted to get into esports and the gaming industry, but he didn’t see HBCUs that had the opportunity for him to attend that school and get into gaming and esports. I told my nephew I was going to do something to change that, and a week later, I started the Black Collegiate Gaming Association. My mission and life calling are to help more students of color to get into this space, whether they attend an HBCU or not.”

“The numbers are dismal,” said Walker. “Less than 3% of the industry are Black in terms of corporate leadership, and less than half of the industry is women of color. Over 60% of everything around games are purchased by Blacks and people of color, but we are underrepresented in decision-making in this space. BCGA was created to address that.“

Women are also underrepresented in the gaming industry. According to a survey conducted by Jessica Clement, an internet and e-commerce researcher in gaming, women made up 45% of gamers in the year 2021. However, gaming is still a male-dominated field. Walker talks about the discrimination she has faced due to being a woman in the gaming industry.

“This is a very male-dominated industry,” said Walker. “I have faced a lot of sexist issues. A lot of men in this industry are very threatened by women, and unfortunately, a lot of it is coming from men that look just like us. They are threatened by the fact that a woman is coming in and doing something about some areas that have been underserved for a long time.”

“I’ve been blessed to be in business for 23 years,” said Walker. “That’s helped to start the dialogue, and having that background with expertise helped me to have that foundation to be reaching out to the CEOs of these companies to say, ‘I need you to help me make history.’”

After the Corners To Colleges HBCU program finishes this year, the BCGA will be hosting a free gaming and sports academy in the fall. The academy will focus on conversations about ways to get into the gaming industry. 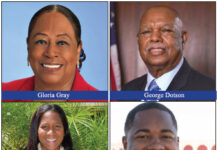 Nfl Leadership Issues All To PrevalentTo Black Men And Women In...