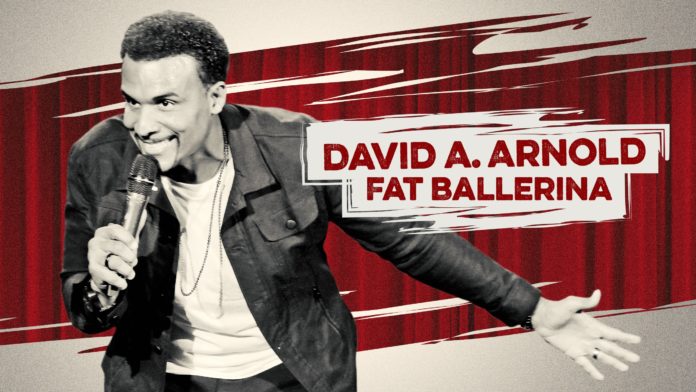 LOS ANGELES – With the country on a virtual lockdown because of the coronavirus pandemic, standup comic, writer and producer David A. Arnold provides his fans a little comic relief and another show to binge watch with his new Netflix special, FAT BALLERINA.

Arnold returns home to Cleveland, and shares his funny POV on life, relationships, and family to an enthusiastic hometown crowd. Out of the writer’s room and back on stage, the seasoned comic/comedy writer brings his home-spun humor to Netflix, in his first special, talking about everything from making a living doing nothing to how making plans for a divorce, ultimately saved his marriage.

The special, FAT BALLERINA, was filmed at the Cleveland Improv. It’s executive produced by Hollywood powerhouses comic Kevin Hart and tour-de-force manager Dave Becky of 3 Arts Entertainment in association with Manor House Entertainment. FAT BALLERINA is one of the most popular and trending selections, streaming on Netflix!

“As a standup comic who’s been hitting the road and tickling the funny bones of fans for many years, I am excited to showcase my comedy prowess on Netflix to a larger and broader audience,” said Arnold. “Now, folks can experience my brand of comedy, up close and personal, in the comforts of their home.”