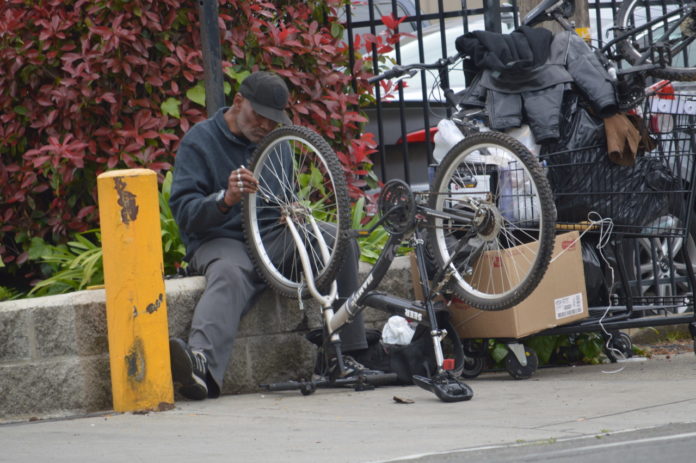 Earlier this month, Gov. Gavin Newsom announced that California was the first state in the nation to secure Federal Emergency Management Agency (FEMA) funding to place unsheltered people in hotel rooms at no cost to them. The state’s action is providing safe isolation for tens of thousands of homeless Californians during the global COVID-19 pandemic.

Almost 129,000 Californians experienced homelessness in 2019. Nearly 40% of them were African Americans.

The state’s effort, dubbed Project Roomkey, set an initial goal of securing up to 15,000 rooms to fast track getting people off the street since Gov. Newsom instituted a stay-at-home order on March 19. After about a week, county partners had moved 869 homeless individuals off the street, or out of shelters, and into isolation.

“Homeless Californians are incredibly vulnerable to COVID-19 and often have no option to self-isolate or social distance,” Gov. Newsom said. “By helping the most vulnerable homeless individuals get off the street, California can slow the spread of COVID-19 through homeless populations, lower the number of people infected and protect critical health care resources.”

As of April 3, the state reports that local governments had secured 6,867 emergency hotel rooms for shelter. Some homeless advocates say that number is a commendable achievement that begins to move the Newsom administration closer to its goal of mitigating what was perhaps the state’s most pressing problem before the COVID-19 crisis.

In Los Angeles County, the state’s homelessness crisis is most acute. It is also where the COVID-19 pandemic has caused the most hospitalizations and deaths. Officials there want to take the work of Project Roomkey further.

LA County Board of Supervisors’ Mark Ridley Thomas and Janice Hahn have developed a plan to house the homeless after the coronavirus crisis has been contained.

“We need to be thinking two steps ahead in order to mount a crisis response that is not only comprehensive but sustained,” Ridley-Thomas said in a statement on his website. “Now is the time to be having these conversations. Not when the disaster funding runs out.”

As of April 13, over 1,946 beds at 23 sites in the county had been secured; of which 515 are already in use in an effort to protect unsheltered individuals and seniors with underlying medical conditions from contracting COVID-19.

Ridley-Thomas said that LA County has also put procedures in place to prioritize existing resources such as housing vouchers and resources for veterans.

Before the onset of the COVID-19 pandemic, state government attempts to speed up housing the homeless – including incentives provided to local governments to increase their housing inventory and efforts to penalize those that didn’t — met stiff resistance from lobbying groups, the state legislature, county boards, and city councils. Most recently, state senators killed SB 50, a bill that would have lifted local zoning restrictions statewide to allow denser and more multi-unit housing construction.

Now, across California, both the state and local governments are teaming up to solve the state’s homelessness problem like they never have before, sharing up to 75% of FEMA reimbursements for hotel rooms and wraparound support services like meals, security, and custodial maintenance. Local governments and community partners cover behavioral health and medical care costs.

California’s effort to provide emergency shelter for homeless families and individuals takes an innovative approach, homeless advocates say. It brings hotel units online at a rapid pace while providing business to the hospitality industry, a sector among those hardest hit by the Coronavirus crisis.

“They are mostly Black people living and gathering in various homeless encampments,” Carter told California Black Media. “We supply them with water, food, hand sanitizers. And we see if anyone is sick or needs to be hospitalized for COVID-19.”

The National Poor People’s Campaign, started by Dr. Martin Luther King, Jr. in 1968, confronts systemic racism, poverty, and social injustices, according to the organization’s website. Under the PPC banner, Carter and his colleagues put together a program called “Sacramento Housing Services, Not Suites Coalition.”

“One of the things we are focused on right now is getting hotel or motel rooms for the homeless through the city and county,” Carter said. “As far as what the governor is doing — he’s moving in the right direction.”

In 2019, an estimated 128,777 individuals in California experienced homelessness, based on the Annual Homeless Assessment Report to Congress. Over 108,000 people were tabulated as unsheltered and more than 41,000 suffered chronic homelessness, according to the U.S. Department of Housing and Urban Development (HUD).

HUD’s annual report shows that 56,257 individuals were unsheltered in Los Angeles County in 2019, accounting for almost half of all unsheltered persons across the state of California.

Across the country, HUD reports that there were 568, 000 homeless people in 2019. African Americans, who only make up about 14% of the United States’ population accounted for 39.8%  (225,735 people) of that total. That included Black individuals both sleeping on the streets and living in shelters.

California accounted for one-third, 33%, of all people experiencing homelessness in the United States and more than half, about 53%, of all unsheltered individuals.

The state has also deployed 1,305 housing trailers to local governments that will complement the efforts of Project Roomkey.

“California has taken the lead in protecting homeless residents from COVID-19,” said Nan Roman, president of the National Alliance to End Homelessness. “This initiative sets a strong national example of how state leaders can leverage their dollars with FEMA, HUD and other federal funds to address the needs of the most vulnerable homeless populations.”