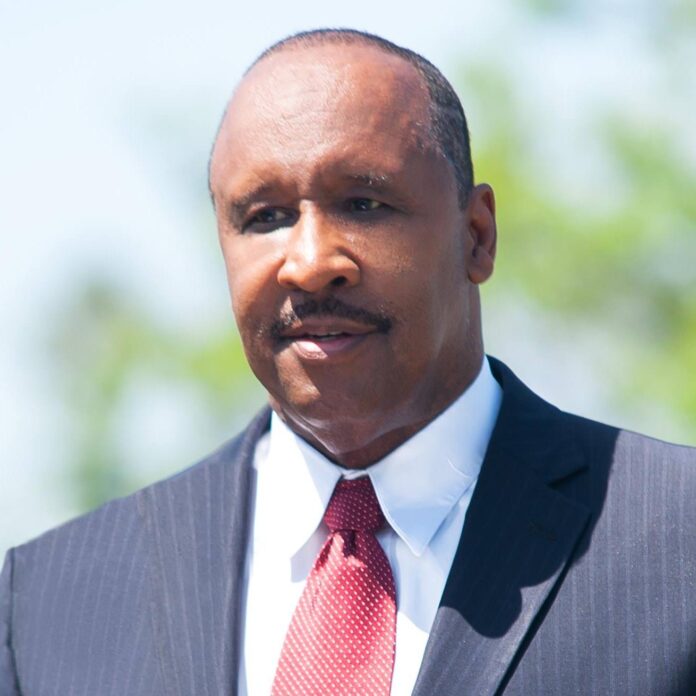 Inglewood, Calif. – Inglewood Mayor James Butts will host his re-election campaign kickoff on Sunday, Oct. 2, at his new campaign headquarters at 529 E. Manchester Blvd. The event will start at 2 p.m and include many of the mayor’s supporters. For more information and to RSVP, please visit joinjamesbutts.com.

In 2016, 2017, 2018, 2019, 2020, and 2021, James Butts was named one of the 500 most influential leaders in LA County by the Los Angeles Business Journal. As Inglewood’s 12th mayor, Butts’ business expertise prevented bankruptcy in a city that Bond Rating agencies had ceased to rate for bond worthiness as late as 2010. Inglewood’s bond rating has risen from BBB-(just above junk bond rating) to AA- and A+ in just nine years.

Among his many accomplishments, Mayor Butts is largely credited with the return of the NFL to Southern California. He followed that up with that Super Bowl LVI being held in Inglewood, where the Rams were victorious!

In 2021, the LA Philharmonic relocated its Youth Orchestra Program (YOLA) to Inglewood; YouTube opened a 6,000-seat theater in Inglewood, and the NFL Network relocated from Culver City to Inglewood.  So far in 2022, under Mayor Butts’ leadership, Showtime has opened a 115,000 sq. ft. production studio in the north-end industrial area.

Mayor Butts is looking forward to 2023 when the NCAA Championship Bowl game will take place in Inglewood, and WrestleMania will be held there as well. By 2024, the Clippers will open a state-of-the-art NBA arena – The Intuit Dome – in Inglewood, and in 2028, the Olympic Games will open in Inglewood with Olympic Basketball and Swimming competitions occurring in the resurrected City of Champions.

Mayor Butts is seeking re-election to a 4th term to continue representing the city of Inglewood and says his priorities continue to include sustaining a clean and safe city with a community that is vibrant and welcoming to residents, businesses and visitors.

People Who California Sterilized Can Now Apply for Reparation Payments