Powell is the founder of the HeroZona Foundation, a nonprofit with a strong focus on veteran initiatives and honoring those who have served our country and their family members.

“Dr. Chavis’ commitment to supporting and advocating for our nation’s 230 Black newspapers is crucial in reaching equality,” Powell stated. “Dr. Chavis and I are also in conversations with Indiana Attorney General Greg Fisher about bringing ‘The Bridge Forum’ to their markets.”

The HeroZona Foundation announced the Bridge Forum would take place on Tuesday, June 23 from 8 to 11 a.m. at the American Legion Post 65 (1624 E. Broadway Rd.) in Phoenix.

Participants are expected to discuss what it’s like to be Black in America and how to take actions to reach equality.

The invitation-only event will also be live streamed to the public on TheBridgeForum.com.

The Bridge Forum: Time for Change event will be the ninth Bridge Forum series from the organization to understand different perspectives, attitudes, and beliefs about community policing.

The upcoming forum will focus on current events within the Black community and law enforcement and examine how communities can work together with police to create equality in the nation.

“Bridge Forums are an essential tool in bridging the gap between communities and law enforcement,” Powell stated.

“The Black community needs to move from peaceful protest to action and this is what the Bridge Forum is designed to do.”

“As part of the Steering Committee for the U.S. Chamber’s National Initiative to Address Inequality of Opportunity, which will hold a national Town Hall a few days after this event, I know that the Bridge Forum will drive action both in Arizona and nationally,” says President & CEO of the Arizona Chamber of Commerce and Industry, Glenn Hamer.

“The format could also serve as a model for much-needed conversations across America. This is a major American moment and the Arizona Chamber of Commerce and Industry is committed to being part of the solution. It is crystal clear that inequality of opportunity holds our economy back from reaching its full potential.”

The event will be moderated by Chavis, who once served as the national director of the Million Man March, and an assistant to Dr. Martin Luther King Jr.

Chavis first received international recognition in 1971 as the leader of the Wilmington Ten, he was wrongfully convicted of committing arson and received the longest sentence before becoming appealed in 1980. Chavis then went to graduate school, became a civil rights activist and was the former Vice President of the National Council of Churches.

“No one is safe until we are all safe and we know there is no place in any community or anywhere in the world for racism, bigotry or hate,” says UPS CEO, Carol Tome.

“We will not stand quietly or idly on the sidelines of this issue. Today, we are reaffirming what we know is right and doing our part to accelerate progress. We will be champions for justice and equality, not just in our words but in our actions here in the U.S. and everywhere we operate around the world.”

“We are proud to support the HeroZona Foundation and its work to bring members of the community together in a collaborative effort to seek social justice,” said SRP Chief Public Affairs Executive, Rob Taylor.

“The Bridge Forum provides a platform for people from all perspectives to engage in meaningful dialogue. This represents a path forward to establish lasting change.”

The Bridge Forum is supported by City of Phoenix Mayor, Kate Gallego, and Maricopa County Supervisor from District 3, Bill Gates.

Additionally, the City of Phoenix’s Outstanding Man of the Year for 2017 and this year’s Henry Clay College Congress Representative for the State of Arizona, Evan Pittman, will be playing the National Anthem and the Black National Anthem, “Lift Every Voice and Sing” on the violin. Senior Pastor of Pilgrim Rest Baptist Church, Terry E. Mackey, will be giving the invocation.

“The community is crying out for policy changes all around the world and this has never happened before,” says the President of the NAACP Arizona State Conference, Charles Fanniel.

“The Bridge Forum was created to bridge the gap between the community and the police department. We want to build accountability and review how to have meaningful conversations to allow the police to better understand how we can build improved relationships and trust within our community.

“Dialogue around public safety is important, but we must lead these conversations into policy change,” says Arizona State Representative from District 27, Reginald Bolding. “I’m looking forward to seeing what legislation we can agree on to reform our system.

Previous Bridge Forums have included both high school and college aged participants in 2017 from South Mountain High School, and in November 2018 included participation from law enforcement and community leaders who discussed ways to better support veterans with recruitment, hiring, opportunities in service, veterans in crisis and support systems.

In January 2018, the Scottsdale Police Department implemented 29 new initiatives from the Scottsdale Bridge Forum 2017, which included establishing sufficient resources for police personnel dealing with trauma, establishing dialogue opportunities with minority communities, enhancing engagement with the community’s youth and identifying ways to address the needs of the community related to behavioral health.

For more information about the Bridge Forum and to stream its upcoming event on Tuesday, June 23, visit thebridgeforum.com. 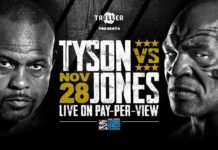 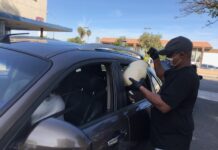