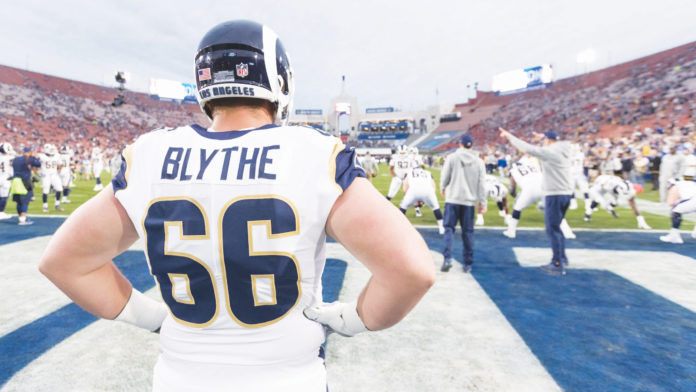 THOUSAND OAKS, Calif. – The Los Angeles Rams and offensive lineman Austin Blythe have agreed to terms on a one-year deal.

Since being claimed off waivers by the Rams in 2017, the 27-year-old offensive lineman has missed only one regular season game over the last three seasons. When Los Angeles endured an uncharacteristic amount of injuries along the offensive line this past season, he played a crucial role in stabilizing it and helping allow a league-low 22 sacks. He started the season as the team’s starting right guard, then moved over to center after Brian Allen suffered a season-ending knee injury in Week 10.

Blythe will enter his fourth season with L.A and fifth overall in 2020. The former University of Iowa standout originally entered the league as a seventh-round pick of the Indianapolis Colts in 2016.