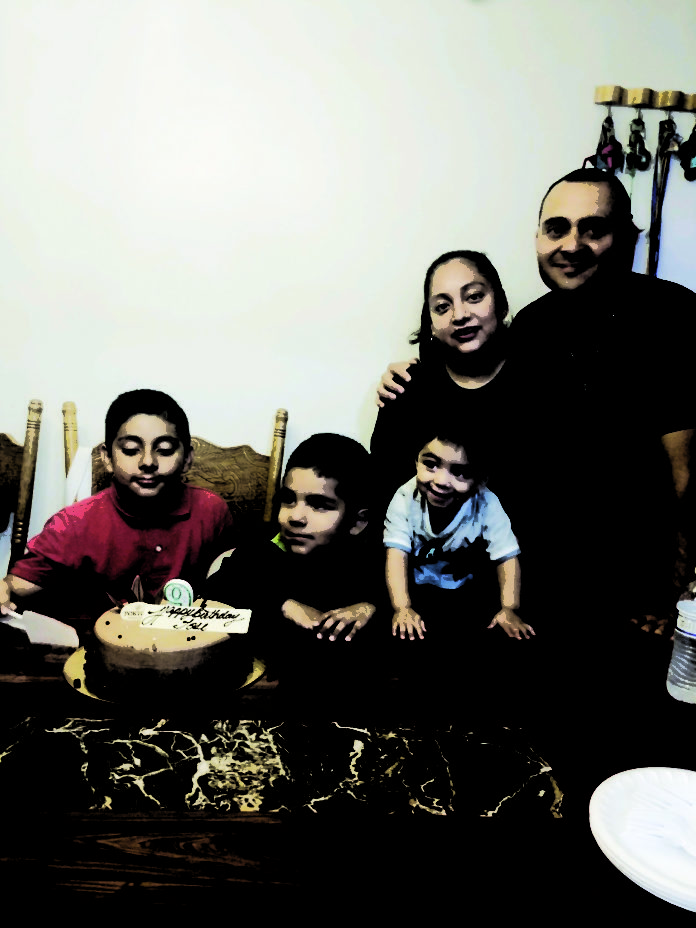 As families across the nation prepare for one of the most popular annual celebrations in the United States of America, the Penate family, who established roots in the City of Inglewood 15 years ago, is no exception. Father Jose, Sr. and wife Nora are planning a traditional Thanksgiving feast for their three sons, nine-year old Jose, Jr., four-year old Kevin and the latest family addition, one-year old Daniel.

It is not generally known that President Abraham Lincoln declared Thanksgiving a national holiday on October 3, 1863. But the Penate’s learned quickly, upon their arrival in the United States for father Jose from El Salvador and Nora from Mexico, that America’s favorite Thanksgiving dish is turkey. The family, who will also host the family’s paternal matriarch from El Salvador and Nora’s family who reside in Los Angeles, will devour one of the estimated 46 million turkeys that will be killed for Thanksgiving this year.

Nora explained that in addition to the roasted turkey, stuffing and cranberry sauce, the family will also enjoy sweet potatoes, macaroni and cheese, salad, rolls and Mexican Bread for dessert. Since no alcohol will be consumed, ginger ale will be available for the adults and a special chocolate drink will be prepared for the young ones. She indicated that the family will not include the most frequently introduced alternatives to turkey on Thanksgiving – ham, chicken or roast beef.

Jose and Nora met in Inglewood shortly after his arrival. While they are teaching their children the customs of their native country, the family assimilated effortlessly into American culture.  The oldest son, Jose Jr., is an above average student in elementary school and has already earned a yellow belt in his Inglewood Karate class. He reports that his favorite holiday is Christmas because all of the family is able to get together. For Thanksgiving, he said that he is thankful for his mother and father, his two little brothers, and that his grandmother is visiting from El Salvador.

Giving thanks is a significant element of the Thanksgiving celebration and Nora said she is thankful that she has a very nice and united family that is able to spend enjoyable and unforgettable days with her family. Jose said he is thankful for having his family all together with three healthy sons, a beautiful and committed wife and a mother who decided to spend two months with the family this year.

Thanksgiving in Inglewood is all about families.

Happy Thanksgiving to the Inglewood and adjacent community families from the staff of Inglewood Today!