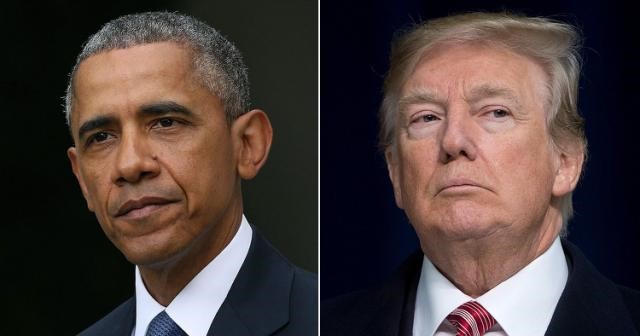 It is unfathomable that Trump is wishing members of Congress would show him the deference that he said Republicans gave Barack Obama when he was president. What is also unfathomable is the fact that Obama did not receive any positive or even polite treatment from his Republican colleagues.

This is what Trump said following Mueller’s appearance before Senatorial investigative committees where it became even clearer that Trump concealed his contact with the Russians and impeded justice by trying to cover it up.

“All they want to do is impede, they want to investigate. They want to go fishing. … We want to find out what happened with the last Democrat president. Let’s look into Obama the way they’ve looked at me. Let’s subpoena all of the records having to do with Hillary Clinton and all of the nonsense that went on with Clinton and her foundation and everything else. Could do that all day long. Frankly, the Republicans were gentlemen and women when we had the majority in the House. They didn’t do subpoenas all day long. They didn’t do what these people are doing. What they’ve done is a disgrace.” Trump said in the Oval Office last week.

The fact is Trump is distorting history. Republicans made aggressive use of their investigative powers when they controlled one chamber or the other during the Obama years. Moreover, matters involving Hillary Clinton, her use of email as secretary of state, her conduct of foreign policy and the Clinton Foundation were very much part of their scrutiny. And they weren’t notably polite about it.

Over the course of a few months in 2016, House Republicans controlling the oversight committee unleashed a barrage of subpoenas in what minority Democrats called a “desperate onslaught of frivolous attacks” and “everything in their arsenal against Secretary Clinton.” In addition, Clinton was investigated by the FBI.

Obama was dogged by investigations into the Internal Revenue Service’s treatment of conservatives and his administration’s loan guarantee to the failed solar-panel startup, Solyndra. And much more, while Trump cheered Republican investigations from the sidelines, on Twitter.

Obama was rarely treated with courtesy by Republicans. Trump ignored the heckling that erupted during Obama’s speech to a joint session of Congress in 2009, when a Republican blurted out, “you lie!”

Obama also faced persistent innuendo over the country of his birth. Trump himself was a leading voice raising false suspicions that Obama was born outside the U.S

In my opinion, it is unfathomable that our nation’s CEO continues to sink to a level of decorum that is not in keeping with good taste and propriety.