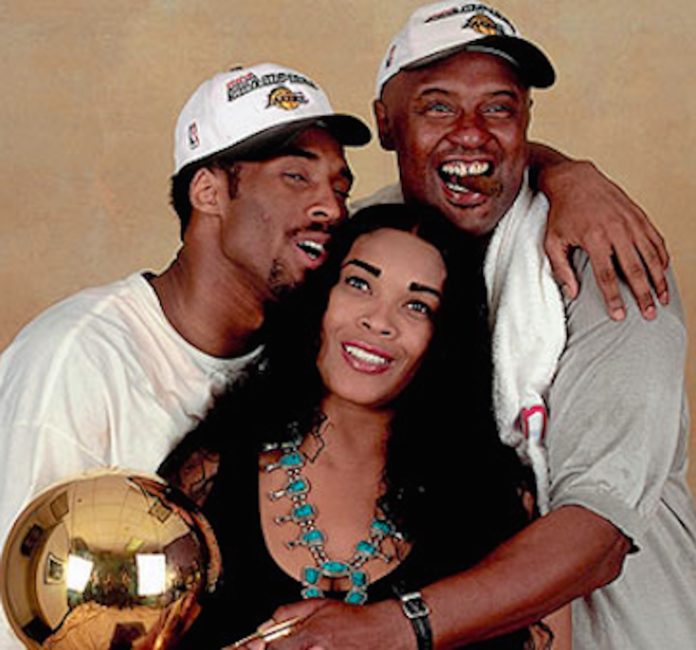 Lakers legend Kobe Bryant everlasting legacy will be decorated with historical basketball achievements, devoted husband and father, Academy Award winner, eloquent storyteller and much more, but he will also leave us with the memory of being an estranged son to biological parents Pamela and Joe Bryant.

As the world continued to mourn the greatest Lakers player of all time, reporters were lurking around the Las Vegas condominium where Bryant’s parents Joe and Pamela reportedly reside.

Bryant’s glorious career had been shaped and honed by doting father Joe who toiled in the NBA for 8 seasons for his hometown Philadelphia 76ers, the then San Diego Clippers and the Houston Rockets from 1975-1983.

In fact Kobe nickname of “Bean” is derived from that of his father who was known as “Jellybean” because of his tremendous jumping ability.

It is well documented that during his childhood that Joe would show Kobe videos of NBA greats that influenced ultimately who he became as an iconic basketball player.

Kobe referenced as such in his highly reviewed Showtime Network documentary Muse.

“My father told me, ‘Watch this. See this guy? This is how you can make use of your left hand,'” Bryant said. “It was John Battle, dribbling left and laying it in.”

However, of Kobe’s parents did not attended his wedding to Vanessa in 2001 and Kobe did not invite them to his retirement ceremony at Staples Center in 2016.

Joe received tickets from another individual but did not attend.

Multiple media outlets covering the brevity of Kobe Bryant’s life have not disclosed the mystifying saga of Kobe and his parents.

Kobe’s parents have not even been listed as survivors to their only son in multiple media reports.

So, what really happened to cause such an impasse with Kobe and his parents?

According to sources that spoke on condition of anonymity because of the relationship they have with the parent (s), much of what has been previously reported as the cause of separation is inaccurate.

One major report is Pam attempted to sell Kobe’s memorabilia without his permission or knowledge.

According to the source Pam initially offered the memorabilia to Vanessa, but she declined accepting it.

The mother then attempted to sell the items to a sports memorabilia company spurning a bitter legal battle with her son before the matter was resolved. Kobe demanded a public apology from his mother, although she was allegedly advised against  doing so, she relented because of the love she had for her son.

The auction price of the items was reported to be an estimated $500,000. Kobe died with an estimated net worth of almost a billion dollars.

Kobe has been quoted as saying of his relationship with his parents.

Another report indicated that Pamela was against Kobe marrying Vanessa because they were too young, but the reason the marriage was consummated was because Vanessa’s parents threatened legal action against Kobe  for having relations with their daughter who was 17-years old at the time.

It was also alleged that Joe was not comfortable with the fact that Vanessa was Latina, and preferred that Kobe wed a black woman.

Joe even publicly addressed his issues about it, concluding, “Once he decided to get married, it’s his life now.”

So, for the past several years Joe and Pamela have not been involved in their famous son life and live modestly in the obscure shadows of Kobe. Meanwhile the brightest of lights beamed upon Kobe, wife Vanessa and their daughters. Kobe’s parents  reportedly does not have a relationship with Kobe children.

When reached on Sunday following the news that Kobe had succumbed, the source indicated that Joe was essentially silent and only recognized that he knew his son had died.

What is not known is, if the parents will be invited to any of Kobe’s memorial services.

Basketball fans have lost an iconic athlete in the death of Kobe Bryant, but Pamela and Joe Bryant have lost their only son, again…this time forever.