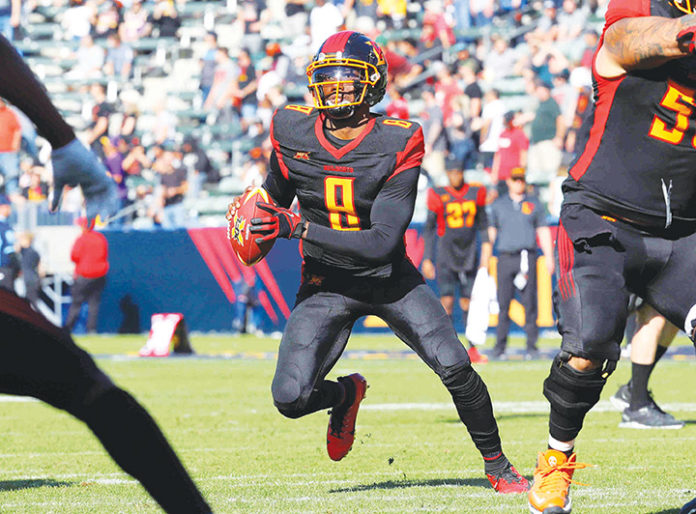 Late in the fourth quarter with 4:45 remaining, Johnson connected with Spruce for a 44-yard touchdown reception that split the Renegades’ cover two defense. This touchdown reception stands as the longest pass and reception in Wildcats’ history. Jennings followed with a successful three-point conversion that was moved from the 10 to the 5 yard line by a defensive penalty. All of this happened within 18 seconds.

The defensive effort stood as a high point for the Wildcats. CB Harlan Miller recorded the first interception in team history when he picked off a pass from QB Landry Jones intended for TE Donald Parham in the first quarter. Miller ran it back for 10 yards. LB Will Smith also intercepted a pass in the third quarter deep middle intended for D.Parham and returned it for 18 yards.

On defense, S Ahmad Dixon led with eight total tackles. DE/LB Willie Mays and DE Cedric Reed both record a sack for a loss of eight and seven yards respectively.

Next week, the Los Angeles Wildcats look to bounce back as they face the D.C. Defenders. Kickoff is set for 3 p.m. PST on February 23 at Dignity Health Sports Park and the game will air on FS1.